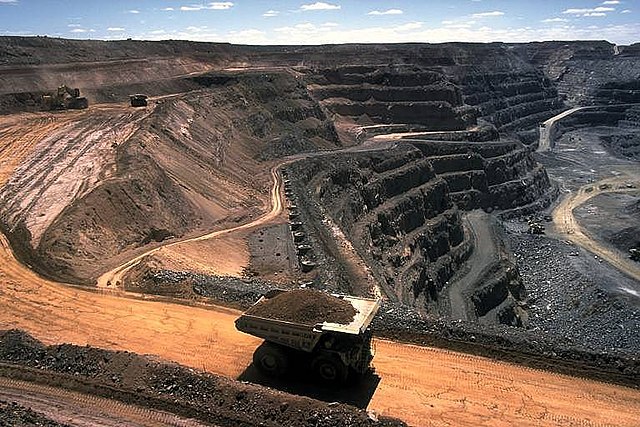 More severe-than-expected sanctions against Russia will disrupt Russian mining activities in Sub‑Saharan Africa without having a serious negative impact on domestic mining sectors themselves, a recent report by The Economist Intelligence Unit states.

According to the research and analysis division of The Economist Group, sanctions on Russian miners, including both metals and energy producers, in Africa will create manageable downside risks, which are outweighed by risks to the upside stemming from steep increases in commodity prices.

However, given that most Russian mining operations in Africa are joint ventures that rely in part on Russian financing, it is possible that sanctions will cause momentary disruption to mining operations and output levels as Russian funding is limited or cut off entirely.

“We expect the disruption to projects in which Russian miners own stakes to be temporary, and the high prevailing price of most commodities will ensure that there is no shortage of buyers in the market for these concessions,” the report reads.

The analysis estimates that sanctions will limit the ability of Russian miners to repatriate profits and receipts from the possible sale of concessions.

Since sanctions are not yet fully realized, Russian miners are still able to continue to operate in Africa by repatriating profits, clearing foreign currency and performing international transactions through unsanctioned Russian banks or their foreign divisions.

“The risk of a widening of sanctions in the near term is high. However, we expect Russian miners to be able to find ways around these sanctions and continue operations before possible solvency issues force them to liquidate and sell their concessions at a discounted valuation,” the document states.

The role of inflation

For the market analyst, although higher prices will benefit current production and operations, inflation will disrupt exploration activities for prospective projects. Additionally, high energy costs, coupled with heightened global risk and uncertainty, will add to the costs of project development, and this will be the case even for operations with no Russian stakeholders.

Certain African states, however, may benefit from this disruption to prospective operations. Among those are natural gas producers such as Nigeria, Algeria, Senegal, Mozambique, Angola and Sudan, which are set to receive massive investments as Europe looks to secure gas from sources other than Russia.

When it comes to projects that are owned entirely by Russian miners, particularly in countries with weak governance standards, Russian actors are expected to continue to secure mining rights and trade commodities.

According to The Economist, such is the case of the Dian-Dian project, the largest bauxite mine in Guinea, which is 100% owned by Rusal, as are the Kindia and Friguia bauxite mines.

“Russia is reportedly also active in mineral trafficking networks in African countries such as Sudan and the CAR,” the report states. “In such cases, we expect sanctions to have little impact on Russian mining operations. Russian miners will find ways around the sanctions by making use of unsanctioned banks or relying on a form of barter in more authoritarian states, with Russia supplying arms and mercenaries in return for mining output.”

In the view of the analysts at The Economist, as Russia is increasingly cut off from the West, it will aggressively seek allies and strengthen its influence to secure additional mining concessions.

“This will have important implications for African politics, with Russia looking to create and profit from African instability, particularly among resource-rich nations, as it becomes increasingly isolated from the West,” the document points out. “The growing division among African states as the sphere of influence doctrine re‑emerges, as demonstrated by the varied African participation in the UN Security Council vote on condemning the Russian invasion, will reduce pan‑African solidarity and adherence to African multilateralism.”