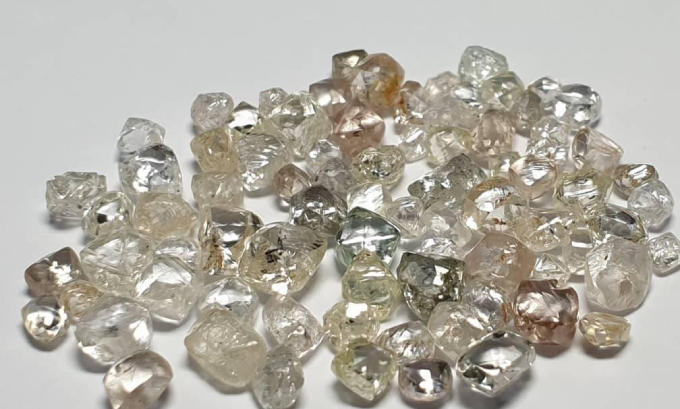 Roughly 5,508 carats will be polished monthly in two diamond factories at the Saurimo Diamond Development Hub, in the eastern Lunda Sul Province, out of the three scheduled for inauguration this Friday, by the President of the Republic, João Lourenço.

These are the “KAPU GEMS” factories with the capacity to cut five thousand carats/month, and Stardiam” with 508 carats monthly.

Speaking to ANGOP, the chairman of the Board of Directors of KAPU GEMS, Kalpeshi Vaghani, said that the company had invested US $5,000,000 in the installation and training of personnel.

He added that the company will start with 50 workers, with the possibility of reaching 300 employees sooner.

Kalpeshi Vaghani said the unit will work with first-rate equipment to cut, shape and polish the diamond.

The Indian multinational KAPU GEMS has been working in the cutting market for over 50 years and is located in Switzerland, Dubai, China and Sweden, with a total of 1,200 employees.

The director of the legal and human resources office of the Stardiam factory, Carlos Augusto, also informed that the factory will operate with first-rate equipment to ensure the progression of production capacity.

According to the person in charge, the unit guaranteed employment to 100 nationals and 35 foreigners, who will also serve as trainers for local employees, in order to, if possible, have more specialists in three years.

Carlos Augusto underlined that the company invested US $8,000,000 in the implementation and training of employees.

The Saurimo’s Diamond Development Hub is a space whose main objective is to bring together companies related to the mining economy, with a focus on the diamond value chain.

The creation of this hub will allow the country to develop the Diamond Exchange Market, but also to increase production, reduce illegal mining and increase the cutting capacity, which should reach 20% of the total diamond production in Angola.

The project, with an investment of US $77 million, in the first phase, will have four diamond cutting factories that will join the four already existing in the country.

Built in an area of 305.185.74 square meters, the hub is divided into three main areas: commercial, industrial and the one reserved for the hybrid plant.

The industrial area consists of 26 lots of different dimensions for the implementation of a diamond cutting training center, cutting factory and industries in the diamond sector.

Located four kilometers off the city of Saurimo, the hub, in its entirety, will guarantee five thousand jobs.

BEKA Schréder has supplied the LED lighting solution for the Shell service station located on the busy Bottelary Road just off the R300 in Brackenfell, Cape Town.