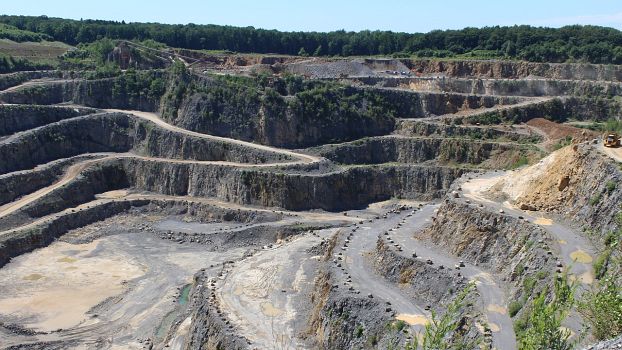 In the underexplored and booming gold-mining areas of West Africa, Canadian miners are moving fast to expand their operations.

Mining firms large and small are exporting the expertise gained in their home market to Francophone West African countries where governments are keen to boost their revenue. Canada is home to gold giants like Barrick Gold, as well as minnows that are far from being household names.

“West Africa has more potential than any other region in the world. Its geology is similar to that of northern Ontario, Quebec or Western Australia – exceptionally prolific belts,” says Richard Young, head of the Canadian mining group Teranga Gold Corporation, which is active in Senegal and Burkina Faso.

The region is the third-richest gold-bearing zone in the world, after Australia and Canada. The Covid-19 pandemic has helped boost the gold price, as many investors sought safe havens for their money. The price briefly broke the $2,000/oz barrier in August 2020, before returning to the high $1,800s in November.

Three countries in the region are now among the top five African gold producers, starting with Ghana, which has become the continent’s largest producer with 142tn mined in 2019. This puts it ahead of South Africa (118tn), Sudan (76tn), Mali (61tn, with 15 industrial mines in operation) and Burkina Faso (51tn, 14 mines).

Although, according to experts, the region is still largely underexplored, it is nevertheless attracting a growing number of players, such as global mining giant Barrick Gold, which became the world leader in the sector after its merger with Randgold Resources in January 2019. The Canadian group has been established in Mali for some 15 years and is now present in Burkina Faso, Côte d’Ivoire and Senegal.

Barrick’s compatriots IAMGOLD (Senegal, Burkina Faso, Mali) and Endeavour Mining are also expanding their West African operations. IAMGOLD has four producing gold mines and is also spending on exploration in order to add to its pipeline. It is working with small UK-based firm Oriole Resources on the Senala exploration joint venture in Senegal.

IAMGOLD is also developing its Boto project in Senegal – part of what it considers to be several very prospective properties in the border region between Senegal, Mali and Guinea. It expects Boto to produce 160,000oz per year in its first years of operation.

In Burkina Faso, the merged company will make the most of its synergies: by joining up operations at Endeavour’s Houndé mine and Semafo’s Mana and Bantou properties, all in the south-west, it can reduce its production costs. Endeavour is now Burkina Faso’s biggest gold miner in terms of volume.

And the merger season was not over for Endeavour. On 16 November, the company, which counts Egyptian billionaire Naguib Sawiris as a shareholder, announced a $1.86bn deal to buy its smaller rival Teranga, consolidating it as the biggest miner in West Africa and taking it into the top 10 worldwide.

The deal will add to Endeavour’s properties in Burkina Faso and also expand its operations into Senegal. Endeavour produced 651,000oz in 2019 and with Semafo and Teranga on board, it plans to produce about 1.5m ounces a year. Endeavour is spending big on exploration and says its target is to discover at least 10m ounces in the year ahead to add to the 23m measured and indicated ounces already in its portfolio.

Among the countries where the sector is developing strongly, Côte d’Ivoire saw its production increase from 7tn in 2009 to nearly 30tn in 2019. The country now has five industrial mines, operated by Barrick, Endeavour and Australia’s Perseus Mining.

In Senegal, the industrial mine operated by Sabodala Gold Operations, a local subsidiary of Teranga Gold, produced 241,276oz of gold in 2019, a record since it began production in 1998.

The new mining codes drawn up by various countries to attract and secure foreign investment have favoured the gold boom and the arrival of operators from all over the world. In West Africa, a mining permit can be obtained in one year, compared to at least five years in North America.

But there are challenges too. One of the main ones facing governments and professionals in the sector is the insecurity linked to jihadist attacks in the Sahel. On 6 November 2019, insurgents targeted a convoy carrying workers to Semafo’s Boungou mine in eastern Burkina Faso, killing 39 people and injuring some 60 others.

Most mining firms also remained bullish on Mali, despite the coup and fall of President Ibrahim Boubacar Keita in 2020. For example, B2Gold, which holds an 80% stake in the Fekola mine that produced 456,000oz of gold in 2019, said its work was largely unaffected, as were its plans to continue investing.

However, the national transitional authority says that it is reviewing mining conventions with the target of renegotiating any deals seen as unfavourable to the state. B2Gold also recently told the media that it is in talks about investing in another difficult operating environment: Zimbabwe.

Other West African obstacles include the high cost and low availability of electricity, as well as the need to regulate the activity of artisanal miners and to control gold panning. These are big problems both for government revenue and for investments by private operators.

Some Canadian miners are seeking sustainable solutions to their power problems. In December 2019, B2Gold signed a solar power storage deal with Finland’s Wärtsilä for its Fekola mine in Mali. And Canada’s Robex Resources signed a solar power and storage deal with Britain’s Vivo Energy for its Nampala mine, also in Mali. Long-term solutions for artisanal mining and gold panning are likely to prove much more difficult to create.