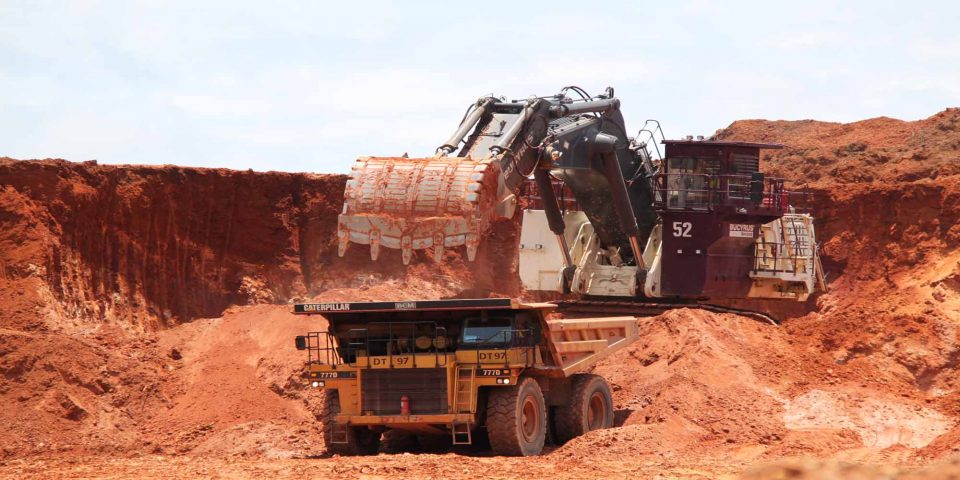 The government of Sierra Leone through the Ministry of Mines and Mineral Resources last Thursday handed over the Tonkolili Iron Ore mining operations to Chinese owned – Kingho Mining Company Limited.

The handing over ceremony which took place at the Bumbuna Town Court Barray, in Dasogoia Chiefdom, Tonkolili District, saw dignitaries from all various arms of government received warm welcome from residents of the various mining communities.

Minister of Mines and Mineral Resources, Timothy Kabba reaffirmed government’s commitment in ensuring that the people of Sierra Leone benefit from the country’s lucrative mining sector.

The minister confirmed that Shandong Steel which previously operated the mines has disengaged from mining in Sierra Leone. Thus, he said, as a government which prides itself on the platform of empowering Sierra Leoneans, they became very concerned about how soon the mines in Tonkolili would be operational again.

Minister Kabba added that it was difficult for Shandong to relinquish the mining site due to the massive investments they had. However, he said, thankfully with the support from the Chinese Embassy in Sierra Leone, government was able to get Shandong Steel relinquished the site, and as per law, the railway and the port to export iron ore now belong to the government of Sierra Leone.

Assuring the local people about the creation of jobs, Minister Kabba said that government will ensure that local content is guaranteed.

“We must make efforts to empower ourselves,” Minister Kabba said, urging Kingho Mining Company Limited to think about technical vocational training for Sierra Leoneans in the mining areas, as well as to get them onboard in contributing to much needed activities of the mines.

Minister Kabba assured of government’s fullest commitment to Kingho achieving its objectives, and called on all across every divide to collaborate in ensuring that the Tonkolili Mining Project sets a very good precedent for future mining projects across the country.

In addition, the CEO of Kingho Investment Company Limited assured that “in the next few days, we will start full scale maintenance work on the mining, processing facilities and accommodation quarters which will provide several jobs for skilled and unskilled Sierra Leoneans. We will definitely seek for continuous improvement in all aspects of the mine and operations.”

“In line with the Government’s local content policy and other key government regulations, we have recruited and in the process of recruiting qualified Sierra Leoneans that will hopefully add value to the organization and bring this project to fruition. We will transform the labor market by empowering citizens at local and national level. We believe that the human resources are our greatest assets,” Mr Zhao confirmed.

The Kingho head concluded by thanking the Government of Sierra Leone through its ministries, departments and agencies for the confidence reposed on Kingho Mining Company Limited. He said “we will also want to thank the community elders, all stakeholders and citizens of this Republic for their support in ensuring that the new Tonkolili Iron ore project gets the required attention and prime mover it deserves.”

From the side of the executive arm of government, whilst dilating on the commitment of President Julius Maada Bio in empowering young people across the country, the Honourable Minister of Youth Affairs, Mohamed Orman Bangura said that government views transparency as the hallmark of the New Direction. He spoke about Kingho’s previous commitment to social corporate responsibility. He spoke about what the people of Tonkolili would gain should they collaborate with Kingho in achieving its mining objectives.

Leader of Government Business in the Sierra Leone Houses of Parliament, Honorable Sahr Matthew Nyuma who was also present said: “We are here to serve as living testament to the people.” He reaffirmed that parliament would ensure that honouring locals will be central to Kingho’s investments and employment. He called on youths to engage in dialogue instead of violence and called on them to be involved in sensitive and positive engagement.

In addition, the Parliamentary Committee Chairman on Mines and Mineral Resources Honourable Saa Emerson Lamina who was also present at the handing over ceremony, said “government will not create all jobs, but will create credible investment that will create jobs for the people of Sierra Leone.”

He said, as MPs, they were present to give assurances to the people, the government and the investors. He called for peace, unity and solidarity of purpose from stakeholders and the people of Tonkolili District. He assured that as a parliamentary committee, they will work in ensuring that Kingho honours its obligation and achieve its mandates.

Honourable Aaron Aruna Koroma, Chairman of Tonkolili MPs thanked the Speaker of ECOWAS Parliament, Honourable Sidie Mohamed Tunis who is the local consultant of Kingho Mining Company Limited. He thanked the President for the love he has shown to the people of Tonkolili District and assured that they will fully support the agenda of Kingho Mining. He said “Kingho are credible and reputable and we will support them.”

Honourable Abdul Hassan Sesay, another MP from Tonkolili District and Chairman of the Parliamentary Committee on Labour said “a rebirth of Kingho is a rebirth of hope.” He thanked the Minister of Mines for his initiative in ensuring that peace and tranquility coexist in the mining communities.

MPs of the mining communities also spoke: Honourable Musa Jalloh of Sambaia Chiefdom emphasized the need to prioritize the needs of local people in the recruitment process. Honourable Rose Maria Bangura of Simiria, Kafe and Dasogoia chiefdoms expressed optimism that the relationship between Kingho and the people will achieve its required goals. She said that they would want the headquarters of Kingho Mining Company to be based in Magburaka, the District headquarters of Tonkolili.

Whilst welcoming the dignitaries to Bumbuna Town, the Paramount Chief of Dasogoia Chiefdom, PC Alimamy Y. Koroma said the handing over ceremony is a dream come true. He urged that Labour Laws are modified to give his people decent jobs. He thanked the government for giving local authorities the right to negotiate their welfare with the mining companies.

The handing over ceremony was chaired by the Honourable Minister of Labour and Social Security, Lawyer Alpha Timbo who said “a good government must always try to cater for the betterment of the people. He said the programme was to not only protect the interest of the state, but also the people and to create atmosphere for credible future investments.

Wacker Neuson gets down to the business of customer service excellence