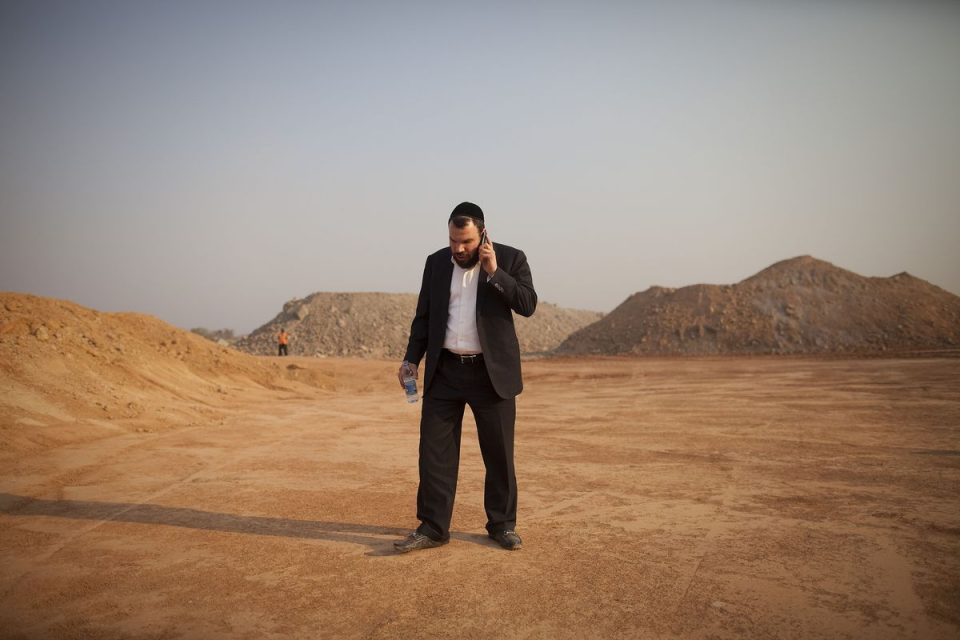 The Democratic Republic of Congo is seeking buyers for Dan Gertler’s mining and oil assets, which may be worth billions of dollars, as it nears a settlement with the Israeli tycoon to resolve multiple disputes over his businesses in the country.

Gertler is set to relinquish all his resource permits after signing a memorandum of understanding with the government last week, officials said Thursday. The deal would include two oil blocks on Lake Albert along the border with Uganda, his Moku-Beverendi gold permits, and dozens of iron-ore permits. Gertler will be reimbursed for some expenses and retain lucrative royalty streams from three copper and cobalt projects.

The agreement “will allow us to promote and resell the assets,” government spokesman Patrick Muyaya told reporters at a briefing broadcast on Twitter Thursday. The government declined to make the full agreement available as the two sides continue to hammer out the details and because of confidentiality clauses, he said.

Gertler, 48, is from a prominent Israeli diamond family and came to Congo in the late 1990s to trade gems while the nation was at war. He helped finance President Laurent Desire Kabila and befriended his son, Joseph, who took power in 2001 when his father was assassinated. The men became close, with Gertler sometimes acting as a political emissary for Kabila.

They were also allegedly in business together, according to the U.S. government, which sanctioned Gertler in 2017 to help pressure Kabila into stepping down. Gertler, the U.S. Treasury Department said, used his “close friendship” with Kabila to amass a fortune “through hundreds of millions of dollars’ worth of opaque and corrupt mining and oil deals” in Congo.

Now a new government under President Felix Tshisekedi is trying to claw back some of those assets.

“Dan Gertler, as you all know, was one of the architects of a predatory system in this country,” Andre Wameso, Tshisekedi’s deputy chief of staff for economic matters, said on Thursday. “The assets of our republic were bought at very low prices by intermediaries, including by him, and were resold at a much higher value.”

Gertler has never been charged and has always denied any wrongdoing. He confirmed the outlines of the deal in a statement emailed by a spokesman Thursday.

“The relentless scrutiny and criticism I have faced, culminating in the devastating U.S. sanctions placed on me and the recent allegations I have faced, have become intolerable, placing a huge burden on me, my businesses and above all my family,” Gertler said. “It is neither in my interests, nor the interests of the people of the DRC, for assets such as the Lake Albert blocks to be mired in international arbitration in perpetuity.”

The government values the oil blocks alone at between $1.5 billion and $1.8 billion, Wameso said.

TotalEnergies SE controls the blocks on the Ugandan side of Lake Albert, and plans to invest more than $5 billion to drill and ship the crude via pipeline to the Tanzanian port of Tanga. Several companies have already expressed interest in the Congolese blocks, Muyaya said, without identifying them.

Also up for sale will be Gertler’s Moku-Beverendi gold project, which is adjacent to Africa’s largest gold mine, Kibali, owned by Barrick Gold Corp. and AngloGold Ashanti Ltd. Barrick’s predecessor, Randgold Resources Ltd., was part of a venture exploring Moku with Gertler’s Moku Goldmines AG until the Israeli was sanctioned. Barrick merged with Randgold in 2019.

Congo will eventually compensate Gertler 240 million euros ($264 million) for expenses he incurred exploring the mining and oil assets once the oil licenses have been sold, Wameso told Bloomberg by text message Friday.

Gertler will retain some of his richest assets in Congo, among them royalty streams from two copper and cobalt mines owned by Glencore Plc and a copper and cobalt tailings project owned by Eurasian Resources Group, Wameso said Friday. Gertler will pay about 249 million euros to state miner Gecamines as part of the deal, which will be mostly offset by a loan Gecamines took from Gertler in 2017 that is now valued at 192 million euros with interest, Wameso said.