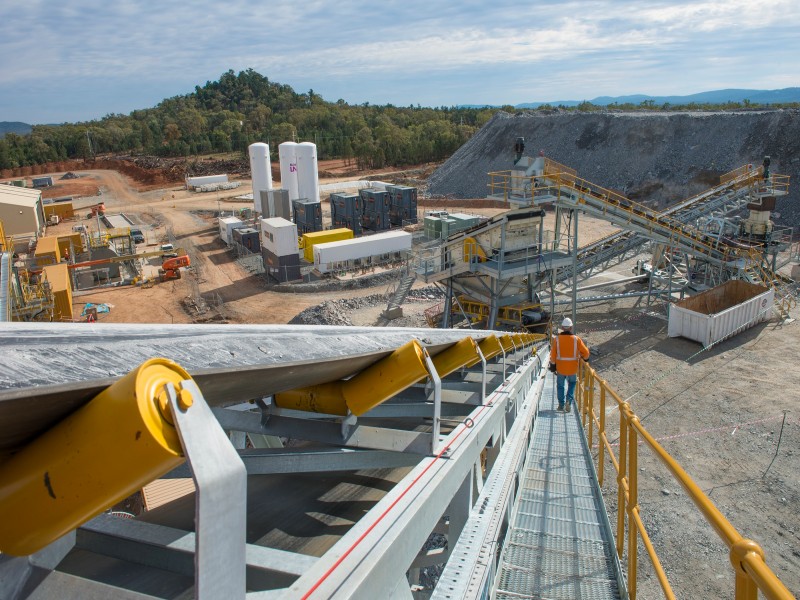 Power supply might be what energy companies are known for, yet in 2021 the world’s leading mobile power provider Aggreko also wants to be recognised as an investor in life-of-mine projects.

Aggreko Australia Pacific MD George Whyte said traditionally where Aggreko may have been engaged on a mining project as a contractor, it could now partner as a long-term investor and help miners navigate the energy transition.

“Investor partnerships can support the rapid changes in technology and emissions compliance that our mining customers are facing. Investing millions of dollars in capital for a mine’s power plant is a risk for any company, and as a partner, Aggreko takes on this risk instead of the mining company.

It is a smart way for miners to do business in the post-COVID and renewables era,” Whyte said.

Aggreko has built an almost 60-year-long reputation for powering many sectors around the globe.

It has also supplied power and underground cooling to the mining sector for more than 35 years and has evolved into life-of-mine contracts and renewables, as well as high-profile event experts including the upcoming Tokyo Olympics.

In its latest report – which details its future energy transition – Aggreko cites mining as a major growth sector. Whyte stated that their global team’s unique offering is with build-own-operate investments across all continents.

As well as continuing to invest upward of AU$450 million (£250 million) annually in technology and innovation, the company is ready to further boost its investments in the natural resources industry.

“We believe there is an opportunity to transition energy and our customers to a better future. The world’s reliance on power – particularly renewables – will grow significantly in the next 30 years as more countries focus on decarbonisation and population demographics change,” Whyte said.

Aggreko’s Global Head of Mining, Rod Saffy, said miners struggling to get funding for capital expenditure (CapEx) were looking to outsource and there was a trend toward creating partnerships with providers.

“There are technology and emissions risks, so by partnering with us for example, we aren’t just supplying equipment and labor, we share in decision making and project milestones, we invest and update technology on-site and navigate social and environmental impacts together.”

The trend for junior miners particularly to seek joint ventures and increase partnerships is outlined in the Deloitte Insights: Tracking the Trends 2020 report.

According to the report: “Given the size of CapEx projects in the mining sector, their location in remote regions, and the growing complexity associated with accessing many ore bodies, companies of all sizes can benefit from partners to finance projects, source critical skills, build local relationships, and share risks.”

“Power stations are our core business, and they have become much more complex on mine sites than they have been in the past. It is challenging to get funding to build power stations, and miners are needing support to integrate renewables into their plans immediately or in the future, or needing solutions designed from scratch,” Saffy said.

“Partnering with us is a sustainable and beneficial business solution. Miners are wanting hybrid power stations that might utilise a mix of energy sources such as diesel, gas, solar or battery, for example. They also want that power to be scaled up or down and upgraded as their needs change and new technology comes online.”

“With the cost of renewable power generation falling, there is also growth in localised microgrids, which means less dependence or complete independence from the grid.

“Miners in Australia, Africa and South America, where there is less infrastructure in remote locations, are finding it particularly helpful to partner with us from the start of a major project,” he said.

One such example is the Gold Fields Salares Norte Mine in Northern Chile where Aggreko has become a major investor, and partner for the mining project for at least 10 years.

The mine is located 190 km from the nearest town and is 4,500 m above sea level, and Aggreko is creating a unique and market leading off-grid hybrid power solution, comprising of diesel and solar for the harsh environmental conditions.

Aggreko estimates the mine will experience $7.4 million in cost energy savings across the 10 years.

Saffy said the benefits for Aggreko in partnering and investing with miners from the beginning of their project to the end of the life of mine, was beneficial for both parties.

“As a partner, Aggreko de-risks the threat of future innovation and technology for miners,” he said.

“Our build, own, operate and maintain model frees up working capital without increasing the debt ratio for mining projects. Modular equipment also gives miners the ability to leverage innovation at low risk and not be concerned about having the latest equipment.”

“We benefit too, by showcasing our expertise and innovations throughout a project’s lifecycle and support mining companies to reduce emissions and increase their operational efficiencies.”

HAULAGE: Epiroc continues to improve the Minetruck MT65 for underground