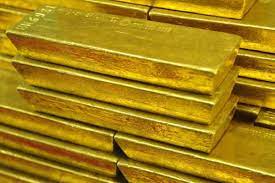 Two foreign firms are locked in a bitter court battle over a 650kg gold haul valued at Sh2.6 billion that was mined in the Democratic Republic of Congo (DRC) and stored in Nairobi.

It wants the High Court to issue orders barring removal of the haul from the safe deposit boxes in Nairobi. Inner Spirit reportedly penned a deal to purchase the gold from Coomidepco on May 8.

Coomidepco mines gold in North Kivu and Kasai provinces. It’s one of six giant firms that control a large chunk of the industry in the DRC called the Cooperative of Artisanal Mining Operations of Masisi (Cooperamma).

Inner Spirit is headquartered in Madrid with interests in the Equatorial Guinea, a former Spanish colony.

On May 12, Inner Spirit and Coomidepco signed a second contract indicating that the gold would be stored in a security firm of the buyer’s choice. It would only be exported to Spain upon completion of the Sh2.6 billion payment.

As a commitment to the contract, Inner Spirit released a down payment of $47,240 (Sh5.2 million) to cater for transport expenses and debts that the Congolese firm already owed MySafe Vaults Limited.

Inner Spirit now claims that MySave Vaults wants to release the gold to Coomidepco before its representatives arrive in Nairobi to complete the deal. It fears that it may lose out after committing the initial Sh5.2 million.

“MySafe Vaults Limited’s officials have since called Inner Spirit’s officials threatening to release the said gold to Mr Katchuva without further reference and notice to Inner Spirit. Inner Spirit avers that Mr Katchuva is in Kenya but he is not a Kenyan citizen and is therefore a flight risk.

“Coomidepco and Mr Katchuva have not supplied Inner Spirit with any gold despite the fact that they have received huge sums of money,” Inner Spirit manager Kennedy Mua Kamwathi says in court papers.

Neither Coomidepco nor MySafe Vaults has responded to the suit.

Documents filed in court indicate that the purchase deal was to be completed within three months of signing the contract, which means Inner Spirit should have had the gold by August 8, and Coomidepco should have been paid its Sh2.6 billion by the same time.

“Reasons wherefore Inner Spirit prays for judgment jointly and severally against the defendants jointly and severally for a permanent injunction do issue to prevent the defendants, their agents or any other person acting on their behalf from releasing the said gold in custody of MySafe Vaults Limited without the presence of Inner Spirit’s representatives as stored at the defendants’ premises vide file boxes number referenced as 1601, 1602, 1603, 1604, 1605 and 1606 in Nairobi City County,” Mr Kamwathi adds.

Inner Spirit has also asked the High Court to order Coomidepco, Mr Katchuva and MySafe Vaults to compensate it financially for the alleged attempt to “illegally release the gold”.

The Spanish firm does not, however, state how much it wants in compensation. It has also asked that the three defendants ordered to foot all legal bills in respect of the case filed in court.

We can build Ghana through industrialisation – Lands Minister