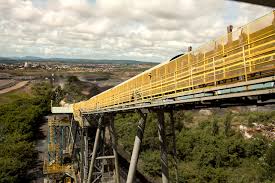 Canadian mining firm Kinross Gold has reported that its net earnings almost doubled to $122.7m for the first quarter this year, compared with net earnings of $64.7m during the same period last year.

The company noted that the increase was mainly due to higher margins, which outpaced the increase in average realised gold price, and lowered other operating expenses.

The decrease in production during this quarter was mainly due to lower production at Brazil’s Paracatu mine, Russia’s Kupol and Ghana’s Chirano mines, and the end of production at Chile’s Maricunga, partially offset by higher production at Fort Knox mine in Alaska, US.

Kinross Gold President and CEO Paul Rollinson said: “During the quarter, we focused on protecting the health and well-being of our employees and communities against the spread of Covid-19 while maintaining the continuity of our operations in a safe manner.

Gratomic Granted a Comprehensive Mining Licence for Base and Rare Metals, Industrial Minerals and Precious Metals