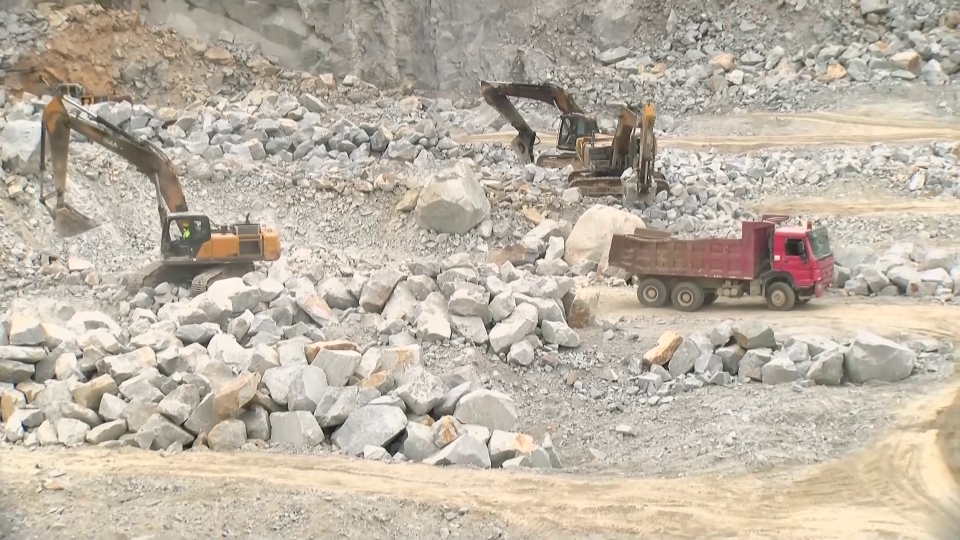 A Deputy Minister of Lands and Natural Resources, in charge of Lands and Mines, George Mireku Duker, has charged Metropolitan, Municipal and District Assemblies (MMDAs) to institute stringent safety measures to check encroachment on quarry sites across the country.

This, he said, was necessary to protect the operations of quarry businesses and forestall fatal incidents, which could result from the exploration of granites.

Addressing quarry operators at the Afigya Kwabre South District in the Ashanti Region, Mr Duker tasked them to take measures to secure their quarry concessions from encroachment.

He underscored the importance of the quarry industry to Ghana’s economy and said the continuous encroachment of quarry sites by unaccredited persons and institutions could thwart government’s efforts in raising revenue from the sector for development.

He, therefore, declared a “war on the encroachment of quarry sites” and warned that any person or organisation found to have acted in contravention of the laws would not be spared.

“It is really important for us to protect our natural resources. We are all yearning for developmental projects but how can we do it without our stones,” he said.

“If we allow encroachment on people’s concessions, how do we get the revenues? If the Assembly wants to build schools and you encroach, how do we resolve that?… Where are they going to get the stones?” Mr Duker queried.

“Let’s come together as an association and as a country to protect and prevent encroachment on these concessions.”

He announced government’s plans to increase local participation in the mining industry and said it had agreed with some banks to set up a special unit to provide financial assistance to Ghanaian investors in the mining sector.

The initiative would help eliminate the phenomenon of some Ghanaians fronting for foreigners to indulge in the small-scale mining industry.

Mr Duker cautioned that after those steps were taken, government would not condone any act of illegality by any Ghanaian or foreigner.

“I agree mining is capital intensive and that may explain the involvement of some foreign nationals, but with small-scale mining, the law abhors foreigners from engaging in it. Small-scale mining is the preserve of Ghanaians,” he said.

“If you are a foreigner, you are only allowed to mine in the large-scale industry.”

“Those who have been fronting for foreigners in the small-scale industry must stop immediately because our laws frown on it. The very Act that guides us frowns on Ghanaians fronting for foreigners. The only excuse they give is the lack of adequate funds and that is why we have negotiated with banks to have a dedicated unit called the Mineral Development Unit to assist individuals who want to mine.”

Mr Christian Adu Poku, the Afigya Kwabre South District Chief Executive, said the the Assembly had measures in place to deal with the encroachment and warned that Ghana risked losing billions of dollars if punitive actions were not taken to prevent encroachment on legally acquired concessions.

Mr Adu Tutu Gyamfi, the Chairman of the Northern Chapter of the Ghana Quarry Operators Association, tasked the government to take steps to stop the ‘’attack on quarry concession’.