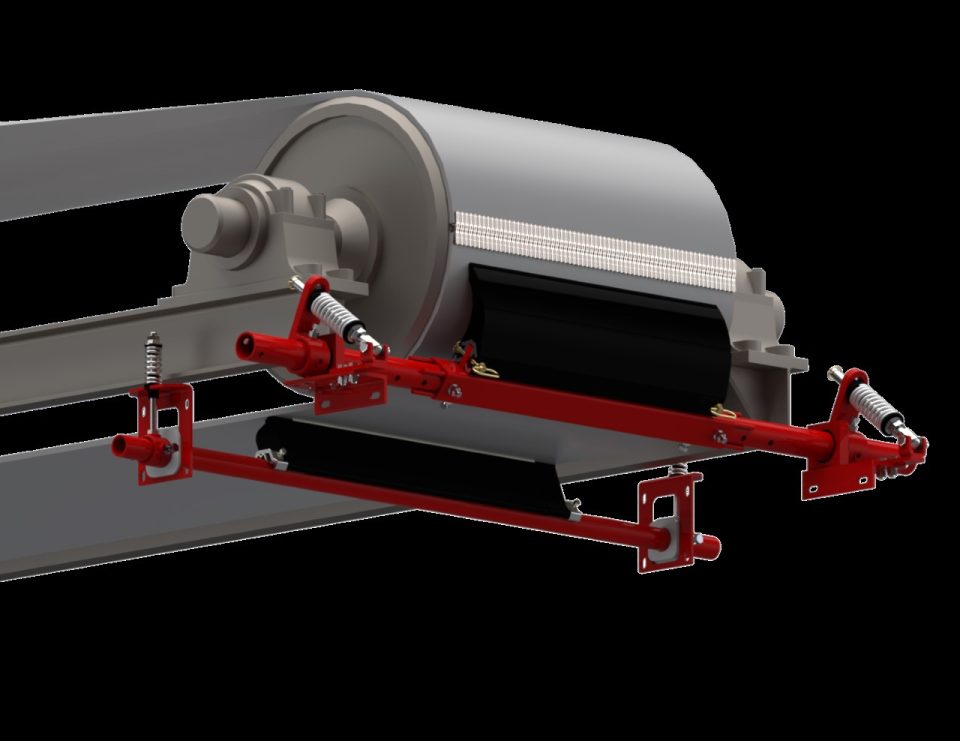 Mato is set to unveil a range of new belt cleaners at Electra Mining Africa 2022, in Johannesburg, in September, using the platform to highlight plans to expand its supply footprint.

However, when Sibanda took the reins at Mato, initially as General Manager back in 2015, one of his immediate tasks was to diversify the company’s offering, which prompted the move into belt cleaning systems. To mark its first foray into this market, the company displayed its first units at Electra Mining Africa 2016.

In 2019, Mato landed its first major contract to supply and maintain belt cleaners for a leading colliery in the South African coal region of Emalahleni. This was immediately followed by another major contract, this time at a Botswana colliery for both the plant and underground operations. Since then, the company’s belt cleaning range has gained significant momentum in the market, particularly in the coal sector.

Going forward, however, the focus is to further grow the supply footprint into other commodities beyond the mainstay market of coal. The plan has already been put into action with a recent contract to supply a gold mine in Gauteng, South Africa. Elsewhere, the company is due to sign a major belt cleaning contract with a Botswana-based diamond mine, which will represent its largest deal to date.

“We have traditionally enjoyed major success in the coal market, but we believe that now is the time to expand into other commodity areas such as gold, diamond, iron ore and platinum,” Sibanda says. “To achieve this, we will pivot Multotec’s existing footprint into areas we have never been before.”

The market expansion strategy will be buoyed by a range of new offerings to be displayed at Electra Mining, which is scheduled to take place at the Johannesburg Expo Centre from September 5-9.

“Our main focus this year will be nothing else but belt cleaners,” Sibanda says.

Unlike the old MCP3-S which used the spring tensioning system, the new MDP & MTP comes with a compression spring.

Another new offering making its debut is the MUS3 secondary belt cleaner, designed to fit in small and restricted conveyor areas where limited space is available. It is also suitable for reversing conveyor belts such as feeder belts or belts which have roll back.

Completing the new line-up will be the MUS2 Duro, an upgraded version of the MUS2, which has a parallelogram designed into the cushion. This facilitates a constant blade angle attacking the material flow allowing automatic adjustability within the cleaner for when belt thickness varies.

“Previously, the MUS2 had a buffer and the tungsten blade separate from each other,” Sibanda says. “This presented major problems, especially in aggressive applications with high vibrations. As part of our own local design improvements, the tungsten tip is now moulded onto the buffer as one unit and has been implemented for the range globally as the best version, making the MUS2 Duro a more robust and long-lasting belt cleaner than the previous MUS2.”

SDLG getting the job done for 50 years