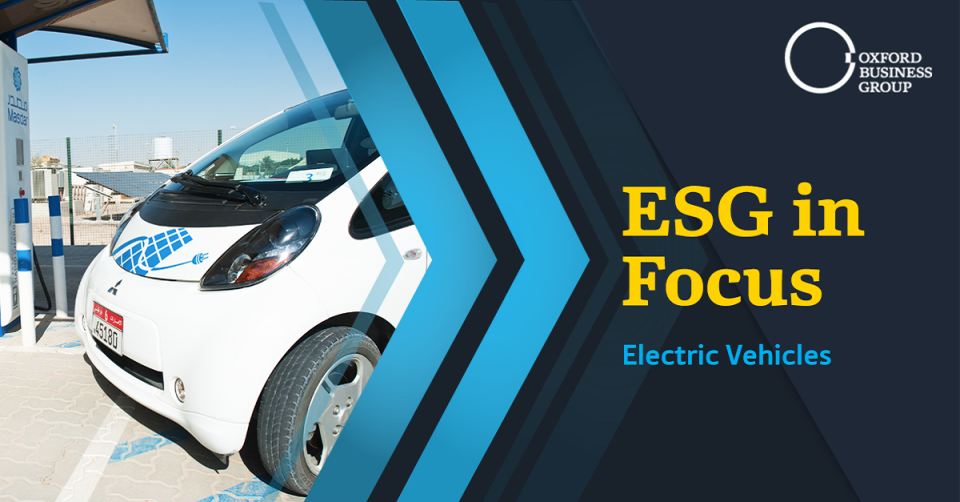 Indonesia has taken another step towards its quest to become a leading electric vehicle (EV) player, with the world’s two largest producers of EV batteries recently announcing major projects in the country. However, these developments have highlighted the carbon-intensive nature of mining to EV production, despite hopes that the process could be further decarbonised.

Headed by LG Energy Solution – the second-largest EV battery maker in the world – a South Korean consortium is set to invest $9bn in a mines-to-manufacturing EV project in Indonesia.

The project will cover every aspect of the battery production process, from smelting and refining nickel to the assembly of the finished product, and is part of an ongoing effort to reduce reliance on Chinese suppliers of EV batteries.

With some 80% of battery materials produced in China, the automotive industry’s shift to EVs has been slowed down due to well-documented supply chain issues in recent years.

Indonesia is in a strong position to take over some of this production from China. As OBG has recently outlined, the country has been moving to position itself as a centre of EV battery manufacturing for some time.

For example, in September 2020 the country released its EV Roadmap, which outlined plans to produce 600,000 four-wheeled EVs and 2.45m two-wheeled EVs annually by 2030.

Alongside local mining company Aneka Tambang, the IBC is a key local partner in the new development.

Indonesia holds around one-quarter of the world’s total supplies of nickel, a key component in EV batteries, which themselves account for some 35% of EV production costs.

Consequently, Indonesia is well placed to expand its footprint as an EV battery manufacturer. Indeed, as well as the consortium’s deal, last month saw the announcement of a $6bn agreement between China’s Contemporary Amperex Technology (CATL) – the world’s biggest EV battery maker – and Indonesian companies to work on a similar project.

Elsewhere, the ongoing war in Ukraine has served to bolster Indonesia’s potential in this regard; Russia accounts for some 11% of global nickel production, which has led to prices spiking significantly since the invasion.

However, Indonesia’s position also highlights a paradoxical aspect of the automotive industry’s transition away from fossil fuels.

A recent report produced by LGIM, an asset management firm, and multinational mining company BHP found that the world will need to extract vastly higher levels of metals if it is to limit global warming to 1.5°C above pre-industrial levels.

According to the report, cumulative demand for nickel will have to quadruple over the next 30 years – with much of this demand being associated with EVs.

The mining industry is highly carbon-intensive at every stage in the process, and this has a knock-on impact on the carbon footprint of EVs. While the emissions saved from exhaust pipes make the cars themselves less carbon intensive, research firm Berylls Strategy Advisors found that in Germany the manufacture of an EV battery weighing 500 kg emits 74% more CO2 than the production of a conventional car.

Leading multinationals – among them BHP, Glencore and Rio Tinto – have set carbon-neutrality targets.

One key element of such plans is the incorporation of EVs into mining operations. A poll held last year by Mining Technology – a leading industry website – found that a majority of respondents thought that increased use of battery-powered EVs would be the most effective way to reduce the mining sector’s carbon footprint.

At present, vehicles such as trucks account for up to 50% of total direct greenhouse gas emissions at mining sites. There are some 28,000 large mine hauling trucks in use around the world which together emit 68m tonnes of CO2 every year.

Aside from the carbon footprint associated with production, an important consideration when it comes to the sustainability of EVs is battery. Currently, this is less of a concern as most EVs are relatively new, but it will become more important going forwards.

It is thus encouraging that the planned CATL development in Indonesia will also feature a battery recycling component.

A final consideration is that, at present, a majority of EV batteries are produced in China, typically in older factories that run on fossil fuels.

It is to be hoped that newer projects – such as those that are set to be built in Indonesia – will rely on renewable energy.