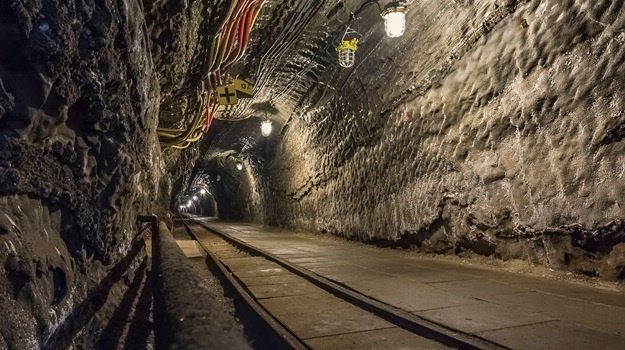 As mining companies turn to domestic growth-development projects, their spending spree may be what the sector needs to lift it from a slump it has endured for many years.

Companies such as platinum mining giant Sibanye-Stillwater and Kumba Iron Ore have led the way in ploughing cash into their local operations, in the midst of an upswing in commodity prices that has given firms headway to explore growth opportunities.

The capital investments are not a too common sight in this growth-starved sector which once held the glorious position of being the number one gold producer in the world.

But years of declining reserves, rising challenges associated with extracting minerals at deep-level mining and an unfavourable regulatory framework have made South Africa a tough mining jurisdiction, surpassed by other economies in the continent, such as Ghana.

But the arrival of the commodity price up-cycle has seen some companies loosen their purse strings. Jobs, potential increase in tax tickets, skills development and economic activity are set to be the biggest gainers in the recently announced announcements from companies such as Kumba Iron Ore and Sibanye-Stillwater.

Armed with a clutch of cash from the proceeds of the boom, mining executives have set their eyes on growth projects, including investments in technology to drive output, as seen in Anglo American Platinum.

Kumba Iron Ore, a subsidiary of Anglo American, plans to spend R3.6-billion in the extension of the life of the Sishen open-pit mine to 2039. In a confidence boost for the region, CEO Themba Mkwanazi on Tuesday reiterated that there is still a lot of value to be leveraged from the company’s Northern Cape base.

“We certainly believe that the Northern Cape presents us with the best opportunities in terms of high-grade haematite ores,” he said.

“We believe that through our exploration activities and ongoing improvements in efficiency, there is still more value to be leveraged.”

Kumba is also developing the Kapstevel South mine at Kolomela at a total cost of R7-billion, which will maintain Kolomela’s current 12-year life.

Iron ore, which is a main component in steel making, is the fourth biggest industry in the local mining sector and contributes over 12% in terms of production volumes. Iron ore prices in 2020 were 16% higher year-on-year at an average of $108.9/t compared to 2019, according to data by the Minerals Council of South Africa.

According to Andries Rossouw, energy, utilities and resources leader for PwC Africa, although the recent developments are a positive sign, the country is still in real need of direct investment. Covid-19 wreaked havoc on the already fragile economy, forcing companies to cut much-needed jobs and halt spending.

Rossouw pointed out that the mining industry had operated with “extreme low levels of investment” over the last 15 years.

“In order to have a long-term sustainable industry, there is a need to invest through the price cycle and also the development cycle.”

Gold and platinum group metals producers have also not been left behind the commodity price boom which analysts are divided on whether to call a supercycle. But whatever the right term may be, companies are riding the wave, with earnings in this current financial reporting season seen to have more than quadrupled.

Sibanye, which last week announced that it had increased its PGM reserves in South Africa by 40% following the addition of the Marikana operations to its stable has also embarked on growth projects, including an entry into battery metals, through a planned acquisition of a 30% in a Finnish company.

Battery metals are seen as a new area of growth, in the face of significant growth forecast in the electric vehicle sector. The transaction is with 30-million euros.

Its R6.8-billion investment in three mining projects in the country is set to stimulate the economy of Rustenburg, which is heavily reliant on mining and also breathe life to the entire mining supply chain. The company, which operates gold and platinum mines, made its first international foray with the acquisition of US PGM producer, Stillwater, in 2017.

In 2020, the mining sector, which employs around 451 427 people, contributed R361.6-billion to GDP and paid R27.2-billion in taxes, according to latest figures by the industry body.

Economist Azar Jammine stated that the projects were a “welcome change” compared to the rest of the economy, which is bogged down by low growth rates compounded by the effects of Covid-19.

Jammine said the fortunes of the sector may even play a key role in lessening the amount of budget shortfall when Finance Minister Tito Mboweni announces the National Budget on Wednesday.

“The result of that is may be because mining companies have been raking in profits and paid a bit more tax.”

In the same breath, Jammine added that capital projects may be a way of avoiding high taxes and reduce some companies’ tax liability; however, that scenario presents a win-win situation for both parties.

“Government is also benefitting in the long term through job creation and economic activity. It is a positive sign in the midst of all the negativity we are seeing,” said Jammine.

While Sibanye and Kumba are developing their asset, AngoGold Ashanti vacated its local operations in 2020 and offloaded its last remaining assets to Harmony for about $300-million. The company said any further development of the assets, which include Mponeng, the world’s deepest mine, were still to be discussed. Harmony took control of the assets four months ago.