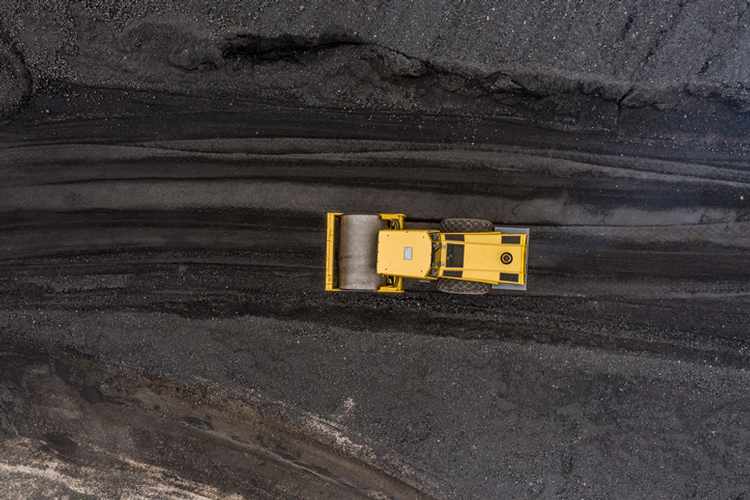 Saudi Arabia has in recent years been under scrutiny as a major player in the oil-based carbon economy, but it is now drawing praise for its strategic shift towards the discovery and extraction of minerals and metals.

In an online media session to discuss the implications of the Kingdom’s new mining regime, global industry leaders and specialist lawyers were unanimous in their positive view of Saudi Arabia’s anticipated role in a more sustainable global economy.

This conversation was held in the context of the Kingdom’s Mining Law of 2020 and, more recently, the Future Mining Forum, FMF, a convening of political and business leaders held in Riyadh from Jan. 11 to 13.

Ernst Muller, a South African lawyer specializing in natural resources law and environmental, social, and governance framework, known as ESG, began the discussion by pointing out that, “a global transition to new energy sources” is underway and that “the FMF was focused on what countries should be doing and what role mining companies should have in this shift.”

Peter Leon, a partner in Johannesburg law firm Herbert Smith Freehills, who also advised Saudi Arabia’s Ministry of Industry and Mineral Resources, MIMR, on the drafting of its new Mining Law, said that this transition “has big implications for the world mining industry.

“All new technologies — wind, solar, electric vehicles, whatever — need specific minerals including lithium, cobalt and rare earth minerals. The Kingdom is rich in these and in many others.

“The World Bank recently reported that over 3 million tons of minerals and metals will be needed in the coming transition. That represents a 500 percent increase in demand for minerals. But it also means a huge supply gap.

“There are over $3-trillion worth of minerals to be exploited in the Kingdom, which opens huge opportunities for minerals companies.”

Muller described the global move to de-carbonization as “a table with three legs: First, the desire to move to sustainability; second, the minerals needed for that process; and third, an environment conducive to investment.”

FMF came at the right time

Aldo Pennini, FMF Program Director and a corporate affairs and reputation management consultant, observed that both governments and miners “really need to reimagine the minerals industry. There is a collective desire to take action. There is a historic nature to this conversation.”

Leon added, “the Kingdom must be credited for making that conversation happen. The FMF was an important gathering to talk about the global future of mining. This was not just commercial. It was about much wider issues.

“I have two takeaways: Fsirst, the need for collective action; and second, how the KSA could be a regional mining hub for the Middle East but also for Africa.”

Sheila Khama, a Botswana-based mining consultant who was previously CEO of De Beers Botswana and a policy adviser to the World Bank and African Development Bank, pointed out that “there is an onus on governments to attract and retain investments, meaning a regulatory framework that speaks to companies and investors. The new Saudi mineral law is on track in this regard.”

On the other hand, according to Khama, “the mining industry needs to ramp up its communications. There’s a disconnect between the contribution of minerals to decarbonization, and the public mindset. To be able to transition we need a huge amount of minerals. Recycling just won’t be enough. And these facts need to be communicated to the general public.”

Michael Naylor, managing director and CEO of the Western Australia-based miner EV Metals Group plc, noted “$1 trillion has been invested globally in the production of EVs and batteries, but there is a lacuna in terms of the delivery of minerals to these giga factories.

“The supply is simply not there to support their growth plans. And we cannot afford failure in this transition.”

Pennini sees this as a long-term opportunity for Saudi Arabia and its Gulf neighbors. “The World Bank estimates that 75 percent of mining exploration investment goes into only 10 countries”, he observed, “and this does not include any Gulf countries. So what needs to happen?”

Leon commented that the Kingdom has taken two concrete steps in this regard: first, by investing $250 million on the Saudi Geological Survey to identify new mineral sources across the Kingdom, accompanied by a geological database with 80 years-worth of geological information. And second, by implementing the new Mining Law.

“When drafting the new law, we had a mandate from the MIMR: to follow global best practices regarding legal clarity, environmental responsibility, health and safety issues, effective dispute resolution and a fair licensing regime. Our guidelines gave effect to all of that.”

“The new law provides certainty of tenure for miners, a simple application process and a competitive timeframe for applications.”

With respect to environmental and social issues, Leon said, “mining licensees must have a plan for ESG.”

Vis-a-vis dispute resolution, Leon pointed out that “Saudi Arabia’s new legislation goes beyond more developed mining jurisdictions (the previous gold standard being the Western Australian Mining Act of 1977). It is possible for mining companies to take the Kingdom to arbitration, with the previous consent of the Minister of MIMR.

“Moreover, Saudi Arabia has ratified bilateral treaties with numerous countries including Japan, South Korea, China and various European states, which provide an automatic recourse to international arbitration” in the event of a dispute between a mining company and the Saudi Government.

And in terms of the licensing regime, Leon added, “The MIMR is now legally under obligation to issue licenses within a defined timeline. In Western Australia, it takes six months to process a mining application, while in the KSA this is now 90 days. And the process is reliable and transparent.

“The new law will accelerate the development of the Kingdom’s mining sector”, Leon said. “And that needs to be communicated to international investors.”

Saudi offers what other lack

The speakers agreed that Saudi Arabia is especially well-positioned as a minerals supplier in view of wider geo-political factors.

“A lot of minerals are located in ‘difficult’ countries”, Leon observed. “These are often challenging environments with serious rule-of-law issues.

“And Lima, Peru and Chile have voted in leftwing presidents, so all bets are off regarding their new mining codes.”

Pennini added that “there is very little exploration (for new minerals) being carried out in the developing world.”

And Naylor pointed out that, “the world needs more lithium – but it doesn’t want more lithium mines” – as indicated by public resistance to mining in many EU states.

In all these respects, the participants agreed, the KSA is doing the right thing, making the right investments and it is well placed for the future of the mining industry.

“The process is reliable and transparent”, Naylor said, “and there is a reasonable timeframe within which to work, which is crucial. The Kingdom is displaying leadership in the mining sector. Please continue these conferences. Kudos to Saudi Arabia’s Minister of MIMR.”