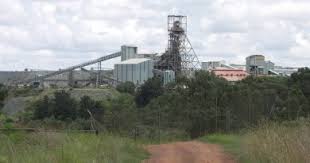 South Africa’s Labour Court has ordered employers in the mining industry to prepare and implement a code of practice for health and safety standards.

The standards must be prepared in terms of section 9(2) of the Mine Health and Safety Act, in accordance with guidelines to be published by the Chief Inspector of Mines in the Government Gazette by 18 May 2020.

The Department of Mineral Resources and Energy (DMRE) said it welcomed the legal certainty provided by the order granted in the Labour Court on Friday, 1 May.

“The order resolves the existing uncertainty as to whether the Minister of Mineral Resources and Energy and Chief Inspector of Mines are empowered, under the Mine Health and Safety Act, to introduce enforceable measures to deal with the outbreak of COVID-19 at mines.

“Subsequent to mines being allowed in terms of the Disaster Management Regulations to ramp up to 50% capacity, the Chief Inspector of Mines issued start-up instructions, which had to be complied with, in addition to existing Guiding Principles issued by the Chief Inspector on 26 March this year,” the department said.

Furthermore, the Minister of Mineral Resources and Energy published Directions in terms of the Disaster Management Regulations to ensure measures are put in place.

The Association of Mineworkers and Construction Union (AMCU), which brought this application, sought as its main relief, an order directing the Minister to declare COVID-19 an occupational health risk and to issue mandatory directions to mines under section 76(2) of the Mine Health and Safety Act or alternatively requiring, the Chief Inspector to act under section 9 of the Act.

AMCU also sought, as further alternative relief, the setting aside of the Disaster Management Regulations in so far as they authorised mining.

“We welcome the fact that the court has not made an order in this regard. Although no relief as to the establishment of interim measures was sought by AMCU, the Minister of Mineral Resources and Energy agreed that such measures should be included in the court order, which make specific reference to the Minister’s Direction,” the department said.

The court order requires mines to implement a standard operating procedure, which has been agreed to between the parties as an interim measure, and which must also be in line with the Regulations, the Minister’s Direction and directives issued by the Chief Inspector on 26 March 2020.

How Swiss cobalt traders are trying to prevent child labour