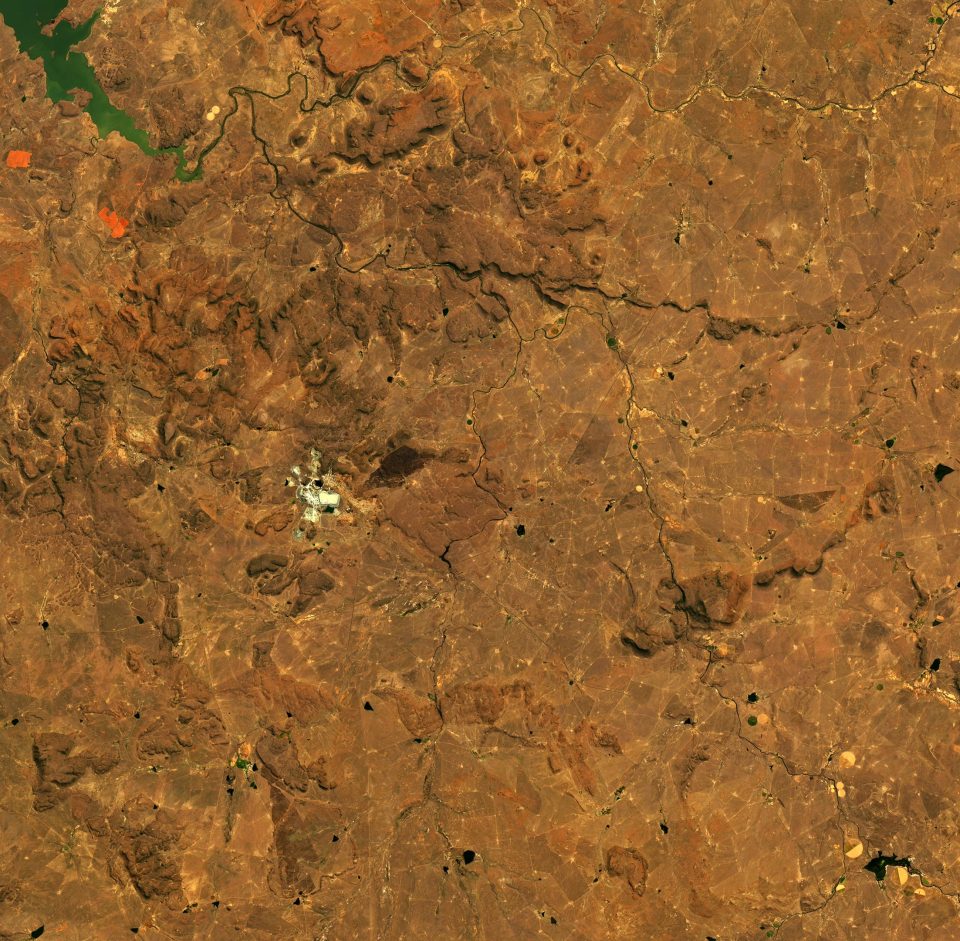 Nearly one month after the collapse of a tailings dam, the South African mining town Jagersfontein and nearby water systems remained capped with muddy debris.

On September 11, 2022, at a diamond mine in Jagersfontein, South Africa, a dam collapsed, releasing a watery mixture of mining waste known as tailings. The sludge streamed across the landscape, inundating rivers and grazing land, destroying homes, and injuring dozens. October 4, 2022 – After the dam collapsed at Jagersfontein. September 10, 2022 – Before the dam collapsed at Jagersfontein.

The breach in the dam is visible on its southern side, through which most of the tailings poured out. Analysis of satellite images by geologist Dave Petley indicated that the plume reached up to 1 mile (1.5 kilometers) wide and extended about 5.3 miles (8.5 kilometers) toward the southeast. The sludge then turned north and entered several streams and rivers, including the Prosesspruit, and continued to at least Kalkfontein Dam (north of this image). It reached water systems used for drinking water and for agriculture.

As the water receded, it left behind white and tan deposits. The lightest areas in this image are likely dried tailings and mud. Notice that the banks of the Prosesspruit appear wider after being eroded and damaged by the flood.

According to news reports, the flood destroyed more than 160 homes, killed at least one person and hundreds of animals, and damaged more than 10 square miles (26 square kilometers) of grazing land. It remains to be seen how long the muck will persist. As the material dries out and hardens it could begin to blow away with the wind or be washed away by rain.