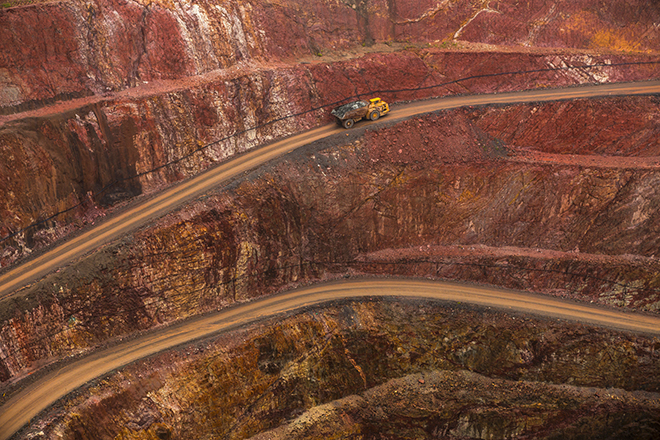 As more and more nations pledge to achieve net-zero economies soon, the demand for rare earth minerals is projected to skyrocket. If the free world wants to accomplish its green ambitions without finding itself beholden to hostile foreign states, democratic countries will need to ramp up their own domestic mining operations – but that won’t be easy.

Nations around the world have set ambitious goals to achieve net-zero carbon emissions by 2050 or sooner, and thus global demand has skyrocketed for the rare earth minerals used in the production of green technologies like solar panels and electric vehicle batteries. Unlike emission-free nuclear, those technologies are often impractical and could cause significant political problems as we come to rely on them more and more.

Open-pit mining is the most common method for obtaining most rare earth elements. It disrupts ecosystems and can release contaminants that threaten air and groundwater quality. If global temperatures climb by just two degrees, the World Bank estimates a 300 percent increase in demand for rare earth minerals. An International Energy Agency report predicts mineral supply for EVs, wind turbines, solar panels, and other green technologies will need to rise sixfold by 2040 in order to reach net-zero emissions globally by 2050.

The current rare earth market is dominated by foreign powers hostile to the free world and the United States in particular. The U.S. controls less than 0ne tenth of the global market for capacity across all major battery components. China mines most of the world’s lithium, a key component of batteries for electrical vehicles, storage, and much more, controlling more than three-quarters of the world’s lithium production.

Other vital products are hard to come by, too. China is home to over 80 percent of Earth’s deposits of neodymium, a mineral used in wind turbines and electric car motors, while 70 percent of the world’s cobalt, which is used in battery production, is in the Democratic Republic of Congo (DRC). Even when the U.S. mines for itself, it often ships the material to China for processing.

As a result, the U.S. is dependent on foreign imports for various essential ingredients in its net-zero plan. To make matters worse, mining operations in countries like China and the DRC are inextricably linked with human rights abuses. From forced labor to toxic waste, from polluted groundwater to the suppression of local communities who speak out against working conditions, the humanitarian and environmental concerns around the sourcing of these materials are profound. Solar panel supply chains have even been linked to the ongoing Uyghur genocide in Xinjiang, China.

If the U.S. no longer wants to be beholden to abusive regimes overseas, it must increase domestic mining operations. But several factors stand in the way, not least local opposition. A lithium mine in northern Nevada stalled because of objections from local ranchers, a Native American tribe, and environmentalists concerned about the project’s infringement on wildlife habitat, its use of scarce water, and the fear of potential contamination. A federal judge has denied the request, allowing the project to move forward, but this episode is not an isolated incident. Litigation stemming from local and environmental concerns will haunt new domestic mining operations.

The Biden administration’s approach to this issue is well-intentioned but half-hearted. It proposes ramping up domestic production and creating “good-paying union jobs.” The White House has instructed the Interior Department to lead a task force identifying mining opportunities for rare earths like lithium.

That report urges close cooperation with Native American tribes, labor unions, industry, and environmental justice leaders. But it doesn’t offer solutions to the various obstacles that stand in the administration’s way, from local opposition to costly environmental regulation. Not to mention ramping up domestic mining requires heavy subsidization, raising questions about how sustainable the strategy is long term.

Inescapably, the Biden administration faces serious trade-offs in its pursuit of net-zero carbon emissions. Insisting on pursuing so-called ‘green’ technology like solar and wind increasingly appears to be an uphill battle the US might not be able to win – at least not without doing so at the expense of taxpayers, local communities, and wildlife habitats. To dominate the rare earth market and quench domestic demand for ‘clean’ technologies, Americans will be forced to make some difficult choices.