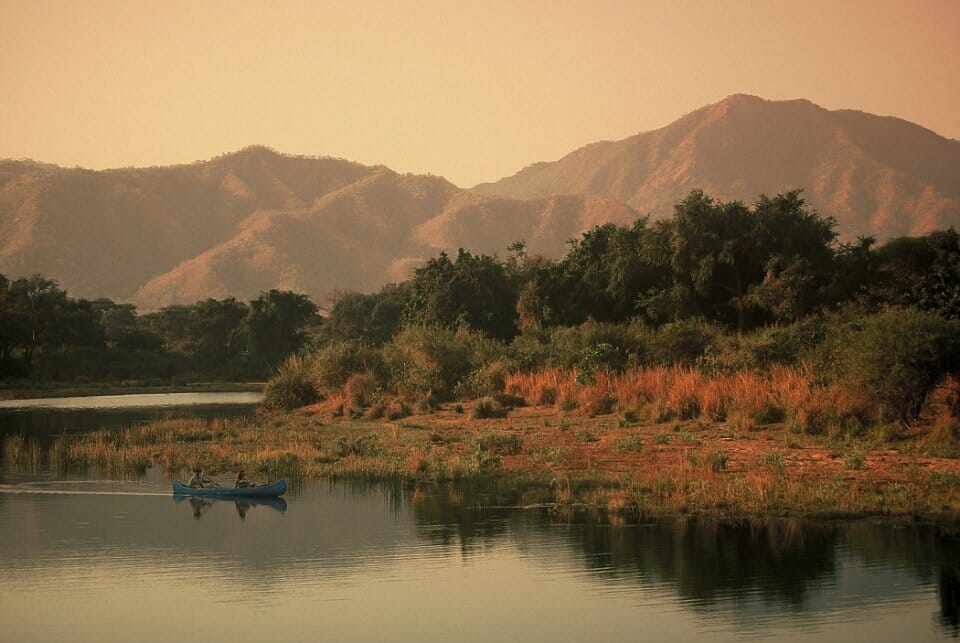 Emotions are running high among Zambians, over a decision by the new government, to allow an Australian – listed company, to start large-scale Copper mining in one of the country’s key national parks, the Lower Zambezi.

Situated on the banks of the Zambezi River, opposite Zimbabwe’s Mana Pools National Park, the Lower Zambezi National Park, is admired the world over, as one of the most pristine, undisturbed, virgin and paradise-like places on earth.

It is one of Zambia’s premier wildlife destinations, with approximately 50 mammal species and 400 birds species, as well as a wide variety of spectacular trees, grasses and flowers.

Some citizens fear open pit mining in the area will destroy all that and the constructing and blasting noise will scare the animals away and push them to neighbouring countries, such as Zimbabwe, while the chemicals may pollute the water and fresh air.

“There are no words in the human vocabulary that can adequately describe how beautiful this place is. I think it’s the duty of every single solitary Zambian, to at least visit the Zambezi, once. Once you see it, you will never forget it. Let’s fight this idea of bringing a mine, here. It’s almost unconscionable that they can even think of doing that! When you see the place, you’ll know that that’s the wrong thing to do,” says Simon Mwewa, one of Zambia’s famous vloggers.

Robert Chimambo, a concerned conservationist stresses that, “open pit mining would permanently destroy the landscape of the park and that the construction of the road and power lines there, would compromise the integrity of the park and affect its ecological value.”

Mwembeshi Resources Limited, the mining company in question, which has been fighting resistance and successive legal battles against NGOs and Conservationists, over the same, for almost 20 years now, says that it will follow strict environmental guidelines and argues that this would create more jobs, as compared to the current eco-tourism, ‘that is dominated by foreigners and does not benefit that many locals’.

Shalala Oliver Sepiso, the company’s Communications and Corporate Affairs Manager, believes the country needs development and extraction of resources is what keeps economies going. On a Facebook post, recently, he wrote the following:

Current president, Hakainde Hichilema and his team, are some of those who used to pressure the previous government to not allow the mining company to proceed and cancel any licence to that effect. They were elected to office in August, 2021.

It therefore, came as a huge disappointment for many citizens, this week, when Green Economy and Environment Minister, Collins Nzovu, said the mining can go ahead.

“After over 10 years at the frontline trying to stop this miscarriage of justice, as well as believing this group of politicians would be different, I’ am resigned to sitting on the side-lines and watch the Lower Zambezi, burn and all protected areas with it ”  Environmentalist, David Ngwenyama, laments.

“I don’t know what kind of private school reasoning makes this project reasonable and attractive, but I know for sure, that no matter how many big words you can use to justify this destruction, Zambia, my country, will pay the price ten folds,” he adds.

The citizens have since taken to social media, demanding that Hichilema and his government fulfil their campaign promises of protecting the environment.

Some have even started petitions to save the Lower Zambezi.