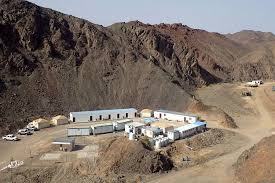 Gold exploration and development company Aton Resources has been granted a three-year extension to the final exploration period of its current exploration licence at its Abu Marawat concession, located in the central eastern desert of Egypt.

This enables Aton to continue with exploration work on the concession while awaiting the final regulations and amendments to Egypt’s mining laws, which are designed to make investment and development in the mining sector more attractive to investors.

According to Aton, the three-year extension should provide it enough time to migrate to the new regime from its existing concession agreement and benefit from the improved terms.

Following Aton’s announcement on February 12 of the approval of its application for an exploitation licence at Hamama and its retained exploration areas within the Abu Marawat concession, the company had numerous discussions with representatives of the Egyptian Mineral Resource Authority (EMRA) and the Ministry of Petroleum and mutually agreed it was in the best interests of Aton to proceed with a three-year extension to its current exploration licence for a number of reasons.

The extension enables Aton to avoid the expense and time commitment of immediately forming a joint venture company with EMRA to advance the exploitation of the Hamama deposit, in accordance with Aton’s existing concession agreement.

It also provides the company additional time to continue its exploration programme, while at the same time retaining its right to declare a commercial discovery during the three-year extension period, should it choose to.

Aton president and CEO Mark Campbell says the extension will allow Aton to carry on with an aggressive three-year work programme that it has planned for its targets, such as Rodruin and Abu Gaharish, as well as at Hamama West.

He points out that the extension also enables Aton to negotiate with the Egyptian authorities a transition from the existing production sharing agreement regime to the new tax, rent and royalty regime.