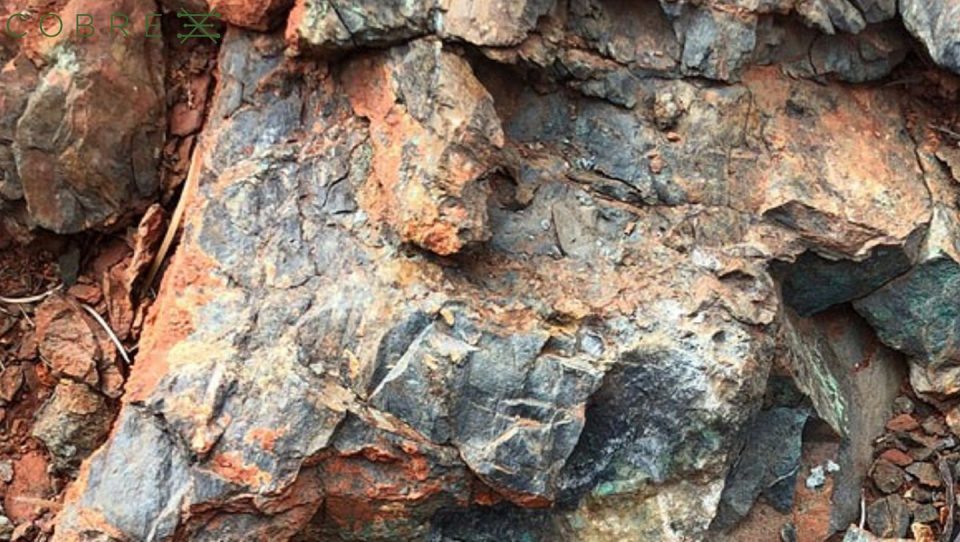 ASX:CBE) is pleased to announce that the 2021 drill programme on Kalahari Metals Limited’s (KML) Endurance Prospect in Botswana has now been completed.

Following the previous announcement to the market (refer ASX Announcement 8 December 2021), the programme was extended to include two follow-up holes to test the lateral and vertical extent of alteration and copper (Cu) mineralisation intersected in the central portion of the Endurance Prospect. Provisional results from the follow-up holes are summarised in this announcement.

– Both follow-up holes have intersected alteration zones with visible Cu-mineralisation demonstrating lateral and vertical continuity to the target hydrothermal system;

– Both follow-up holes display an increase in the quantity of visible Cu-mineralisation, and alteration associated with stockworks and veins.

The recently completed drill programme, consisting of 10 diamond holes totalling 2,948m, was designed to test a range of targets based on earlier Reverse Circulation (RC) and stratigraphic drilling results. Encouraging results from this phase of work provide an important exploration milestone as targeting moves from a regional assessment of the extensive 25km long Endurance Prospect, to testing of focussed mineralised targets.

“We’re delighted to finish off the 2021 exploration programme with encouraging results from the Endurance Prospect. The intersection of alteration and mineralisation in several positions along this prospect highlights the significant potential for finding economic mineralisation on KML’s tenure.

Over the course of 2021 we’ve completed 7,700m of drilling on the KML projects, allowing for a regional evaluation of several prospects and generation of a number of exciting targets. We look forward to testing these in 2022.”

The Endurance Prospect has been modelled as an extensive, 25km long anticlinorium located in a similar structural setting to ASX listed Sandfire Resources’ (

ASX:SFR) T3 and A4 deposits situated 5km and 10km to the north respectively. The recently completed drill programme has focussed on structurally related breaks in folded AEM conductors supported by detailed magnetic data, stratigraphic information from earlier RC and diamond programmes and soil sampling results (Refer Figure 1*). Several of the recently drilled holes have intersected alteration and complex vein stockworks often with associated (minor) Cu-mineralisation demonstrating the effectiveness of the targeting process and exploration potential of the prospect. The current announcement focusses on a target area in the central portion of the prospect (Refer Figure 2*) where two additional diamond holes (KIT-E-D028 and KIT-E-D029), totalling 614m, were drilled to test the lateral and vertical extent and distribution of alteration and mineralisation in intersected in drill hole KIT-E-D023.

– Both follow-up holes intersected hydrothermal alteration, complex quartz-carbonate veins and stockworks with an increase in the quantity of visible Cu-mineralisation;

– In addition to chalcopyrite, rare bornite was noted in KIT-E-D029; and

– Quartz-carbonate veining styles and associated alteration minerals including dolomite, chlorite, hematite, sericite and K-feldspar along with zones of bleaching and albitisation (Refer Figure 4*) provide significant encouragement given the similarity in setting to known deposits on the Kalahari Copperbelt.

A summary table comparing alteration and sulphide mineralisation between recent drill holes is provided in Table 1*. Northwest-Southeast sections through KIT-E-D023, KIT-E-D028 and KIT-E-D029 are provided in Figure 5*.

Samples from the recent drill programme are currently being dispatched to ALS laboratories in Johannesburg for analysis.

Cobre Limited (ASX:CBE) is a copper and base-metals explorer with projects in Western Australia and Botswana. The Company recently discovered a new high-grade VMS deposit enriched in Copper, Gold, Zinc and Silver in Western Australia, and is currently exploring approximately 8,100 km2 of tenements within the Kalahari Copper Belt (KCB) in Botswana.

Amplats to sell Bokoni mine to Africa’s Rainbow Minerals