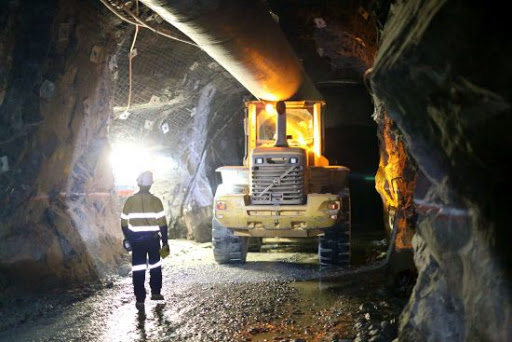 Mining output contracted 47.3percent year-on-year in April as the industry came to a standstill at most operations due to the coronavirus (Covid-19) lockdown restrictions in South Africa.

StatsSA said that seasonally adjusted production fell 21.9percent in the three months to April compared with the previous three months.

“The Covid-19 pandemic and lockdown regulations since March 27 have had an extensive impact on economic activity,” StatsSA reported.

Mining production was restricted for the first half of April as the majority of underground mines were placed on care and maintenance in line with lockdown regulations with the exception of gold, and coal mines which were supplying Eskom.

The regulations were amended permitting coal production for Eskom scaling up to full employment.

FNB economist Geoff Nölting said that April and the 18percent fall in March prints were the largest and second-largest year-on-year declines and followed a 7percent increase in January and 5.8percent jump in February.

Nölting said that lockdown restrictions and the temporarily lower global demand for most commodities underpinned FNB’s view of the sector contracting in the short to medium term. “Additionally, we have recently witnessed Covid-19 outbreaks in key mining regions, which could further hamper production levels as mines are forced to shut down operations in order to prevent the further spread of the coronavirus,” he said, adding that he believed that there were some green shoots, including the rise in gold prices as a result of the precious metal’s safe-haven appeal among investors.

Investec economist Lara Hodes said the March print did not reflect the full impact of the Covid-19 pandemic as the restrictions were only enforced towards the end of the month.

Hodes said global supply chain disruptions and the consequent reduction in international trade, however, weighed on the performance.

“China, a key destination for South Africa’s commodity exports, had already shut down a large portion of its economy in early February to contain the spread of the virus,” said Hodes.

The Nedbank Group Economic unit said that the weak mining activity numbers were not unexpected as the industry had not been operating at full capacity since the second half of March.

“Production is forecast to remain at these levels in May as well.

“Thereafter, much will depend on how quickly the country moves through the various levels of lockdown towards some semblance of normal operations.

Climate change action could set off a copper mining boom