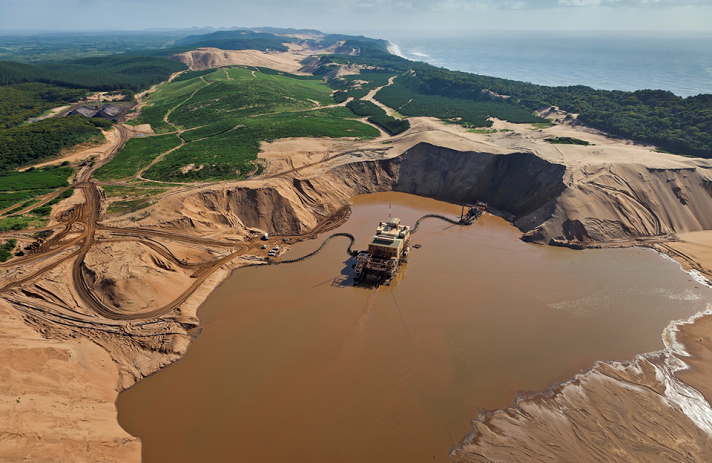 Reforms, digitisation and automation will increase productivity and sustainability

Mining is one of Africa’s most important industries. It has contributed significantly to economic growth, has been instrumental in the development of infrastructure and is a major driver for improved socio-economic indicators. With its business model dependent on global supply chains and confined working spaces, one would think the mining industry would be a perfect victim of the Covid-19 pandemic. However, within six months of operational disruptions, the African mining industry proved to be relatively resilient, with companies enjoying increased gains as platinum-basket prices climbed and investors turned to gold as a safe investment.

During the height of the pandemic (March 2020), the worst-hit mining commodities included diamonds and platinum group metal (PGM) outputs from SA. This was predominantly due to the strict lockdown imposed by the government, which made SA an exception to the rest of the continent.

Most African governments avoided imposing strict restrictions on their production operations and supply chains due to the industry’s economic importance. However, with the easing of lockdown restrictions, diamonds and PGM production levels  increased by May 2020. Meanwhile, in the Democratic Republic of the Congo (DRC) and Zambia, copper and cobalt operations rebounded significantly as commodity prices rapidly recovered after the initial fall in March 2020. Gold producers in West Africa further benefited from higher gold prices, boosting royalties. These elevated gold prices also benefited Tanzania, which lifted their mining revenues to a record high. 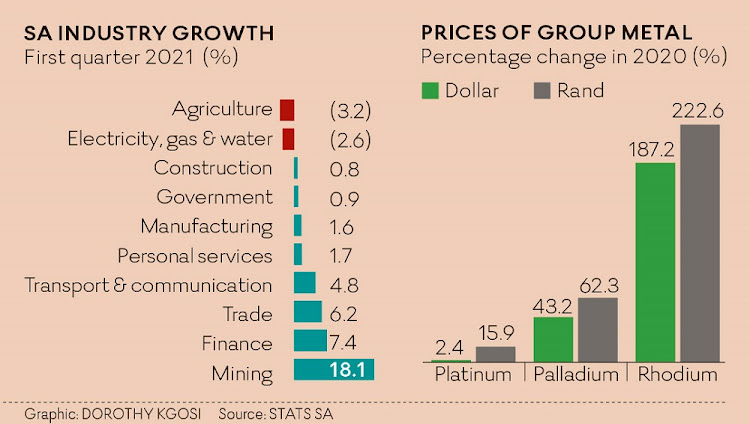 Given that most mines in Africa maintain a model of remote mining, several of them were able to largely shut themselves off from the outside world, limiting the spread of the virus. For example, most mining operations in West Africa reported single-digit case numbers, with no Covid fatalities recorded at mine sites in Ghana, Mali and Burkina Faso up to October 2020. In SA, where most PGM and gold mines are underground and mining personnel are more integrated with their communities, the health effect was and still is much greater. This was evident in SA recording more than 15,000 positive cases and 161 Covid-related deaths up to early September 2020.

Despite the challenges the pandemic introduced, the mining sector retained its importance by illustrating its resilience. Consequently, numerous African governments have set in place recovery plans to ensure the industry is not hindered in the future. For example, in Nigeria, the president has backed a reform of the mining sector to kick-start both artisanal and industrial gold production. In Angola, the government has given incentives to diversification plans to attract investment in prospective diamond, gold and iron ore deposits, while Kenya has unveiled plans to establish a gold refinery to formalise the nascent sector.

In SA, a recovery plan was put in place to ensure that mining remains a priority. This included the potential increase of SA’s global share of exploration expenditure from the current 1%-3% and a boost in investor confidence by making plans to simplify mining regulations and fast-track mining and environmental permits.

Since June 2020, the SA mining industry indicated its resilience and capability to strengthen the economy. This was evidenced by the 4% total revenue growth in the industry for the financial year that ended June 30 2020. Driving commodities behind this growth were the PGMs, gold and iron ore, which saw an increase in revenue for the 12-month period. As the industry continued to strengthen, the mining industry contributed to driving a 1.1% growth in the SA economy during the first quarter of 2021. This translated to an annualised growth rate of 4.6%, whereby the mining industry grew 18.1% and contributed 1.2 percentage points to GDP growth.

The pandemic highlighted the key role the mining sector plays in economic recovery and the need to “build back better”. The industry’s rapid recovery and economic rebound further indicates the importance of implementing increased automation and technological advancements to ensure mines remain undisturbed during global disruptions. Technological advancements, increased automation and digitisation are typically associated with the future of mining.

For SA, the switch from diesel power to t electric systems, increased digitisation and automation will increase productivity and sustainability while extending the lives of mines. By implementing these critical trends, the mining industry in SA and sub-Saharan Africa will continue to meet its environmental and sustainability goals while remaining globally competitive.