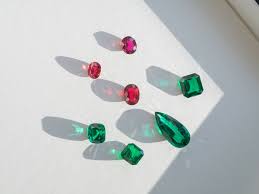 Gemstone miner Gemfields has launched the second of four short films, the latest edition of which is dedicated to the emerald – the birthstone of the month of May.

The aim of these short films is to give viewers an understanding of what coloured gemstones really are, where they come from and what makes them special.

This follows on the launch of the inaugural video on responsible sourcing, which coincided with World Earth Day on April 22.

Fine jewellery specialist and author of the book Emerald, Joanna Hardy explains that a high-quality gemstone is rare, “it is like a cordon bleu meal, it requires the best ingredients in the right proportions, the big difference is, nature is the chef not man.”

Gemfields says the impactful and educational short films are each between one and two minutes long and offer viewers a glimpse inside the world of coloured gemstones.

They are available to view on both Gemfields’ website and on its YouTube channel, with short, 30-second teaser versions appearing on social media.

This conceptual video project, created with Lambda Films, takes the form of liquid art – the pouring of a mixture of paint and oil, captured by macro videography, providing viewers with a live moving guide to how coloured gemstones are formed at an elemental level.

Sculptured computer generated imagery tableaus in three-dimensions tell the wider emotional story of how Gemfields works with communities, suppliers and consumers, setting it all in an historical context.

According to the miner, “coloured gemstones are considered the ultimate luxury”, originating from a finite resource, which cannot be manufactured, and each “totally unique with a character of its own”.

One of the three crown jewels of coloured gemstones (alongside rubies and sapphires), emeralds, with their fresh green hue, will forever be associated with hope, fertility, peace and the first shoots of spring, states Gemfields.

“Emeralds are a firm favourite with consumers internationally and featured heavily in A-listers’ jewellery choices on the red carpets.”

From the Kagem mine in Lufwanyama, Zambia, Gemfields has been responsibly sourcing emeralds since 2008, bringing these exquisite gemstones out of half-a-billion years of darkness beneath the earth’s surface and into the light.

Owned by Gemfields, in partnership with the Zambian government, through the Industrial Development Corporation, Kagem is the world’s largest producing emerald mine.

East African emeralds are among the oldest of all, deriving their intense colour from a rare combination of minerals. Twenty times rarer than colourless diamonds, they were first discovered about 5 000 years ago.

In that time, they have been credited with everything from curing snakebites to easing childbirth, divining truth and seeing the future, according to Gemfields. Emeralds are believed to symbolise hope, growth and fresh starts.

In particular, Zambian emeralds are believed to be over 500-million years old and, owing to their high iron content, more robust than others.

The Lion Emerald, discovered by Gemfields at Kagem in 2018, is, at 5 655 ct, one of few exceptional gemstones to have merited its own name, displaying rare colour and clarity characteristics in addition to its significant weight.

As a significant supplier of responsibly-sourced coloured gemstones, Gemfields is well positioned to share the knowledge it has acquired through its operations.

As well as mining emeralds in Zambia, the company also owns the world’s largest ruby mine, in Mozambique – the Montepuez ruby mine.

Endeavour Mining, SEMAFO merger proposal vote set down for May 28