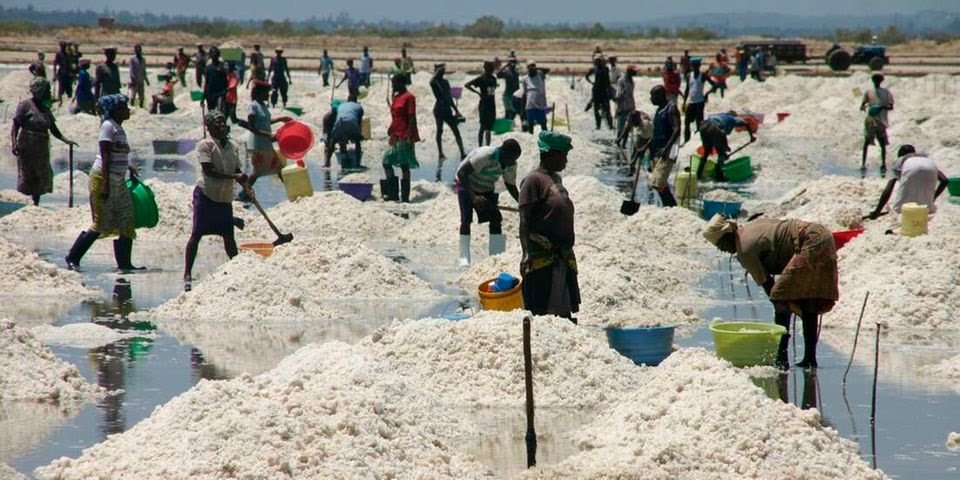 The companies are said to be running without mining and export permits, which has seen the country lose millions of shillings in taxes. The companies include Kensalt, Malindi Salt, Krystaline Salt and Kurawa Salt.

The committee said the companies had failed to comply with the Mining Act, 2016 that requires them to obtain export permits for any consignment of salt.

“Section 171 of the Mining Act of 2016 provides that exporting a mineral is only authorised by an export permit granted by the Cabinet Secretary in charge, but a majority of the companies have failed to adhere to the law,” said PAC Vice-Chair Jessica Nduku.

Ms Nduku, who was in the company of Auditor General Margaret Nyakongo and officials from the Mining ministry, had led the team on a fact-finding mission on compliance when it emerged that the companies are still paying their rates to the Lands ministry instead of ministry of Mining as per the Act.

“Our visit is as a result of issues raised by the Auditor-General that the companies were not paying royalties to the government. We need to know where they go,” she said.

The committee gave the managers one week to supply all necessary documents before it issues its recommendations. Ms Nduku brushed aside claims by the firm’s managers that the government did not involve them when formulating the Mining Act.

“We have established that there was public participation because the management has employed locals in their companies,” she said. The PAC official said the amended mining law gives direction on whether the companies will continue to remit their rates to the Lands ministry.

“If there is a need to change the mining law, they should first pass through public participation, take it to the Member of Parliament who is their representative to table in Parliament,” said Ms Nduku.

The salt firms’ officials are demanding an amendment to the law and have moved to court to challenge it.

Magarini MP Michael Kingi noted that the companies were contravening the law by paying rates to the Ministry of Lands and urged for the controversy to be resolved through the Parliament and instead of courts.

“You opt to go to court after exhausting all avenues, and the easiest is taking a petition to Parliament to get the solution. It could not have taken much time and the unnecessary push and pull to address the matter if the companies would have engaged the political leadership,” said Mr Kingi.