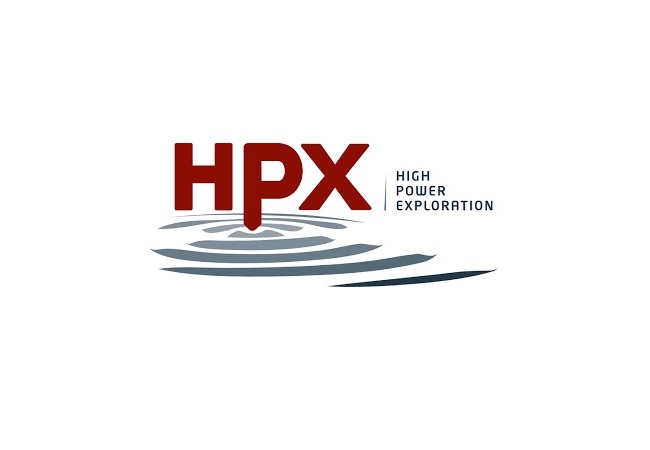 ArcelorMittal Liberia, the world’s leading steel and mining company, says it is not threatened by Thursday’s announcement by High Power Exploration(HPX) and the Sumitomo Mitsui Financial Group (SMFG) regarding positive results of its pre- feasibility study for the Nimba Iron Ore Project.

HPX is a privately-owned, U.S.-domiciled mineral exploration and development company while SMFG is a Guinean incorporated mining company. SMFG is an 85% owned subsidiary of High Power Exploration (HPX).

The feasibility study, which according to the mining companies is expected to be completed in early 2023, was led by independent engineering firm Hatch Ltd of Toronto, Canada and evaluated the development of a mine, rail and port infrastructure to export up to 30 million tonnes per annum (MTPA) of direct shipping ore via rail from the Nimba project site in Guinea through Liberia to the Buchanan Port. The Hatch led team included SRK Consulting (UK) Limited, Fluor Corporation, Golder Associates, China Harbour Engineering Company Limited, China Railway Liuyuan Group Co. Ltd and CCCC First Harbour Consultants Co. Ltd.

Speaking to FrontPageAfrica Thursday, Mr. Joe Matthews, General Manager of ArcelorMittal Liberia said AML was not involved in the creation of the feasibility study for HPX and that HPX is doing so as part of their development program for the mine and exporting the ore via Liberia.

Said Matthews: “This is a project that we ourselves tried to acquire in 2013 / 2014 and at that time the Government of Guinea was not interested in the iron ore from this deposit going through Liberia.   I give HPX credit for getting that approval from the Government of Guinea, who in the past had always vowed that every ton of iron ore produced in Guinea goes only through Guinea.”

Matthews says the Government of Liberia was very careful to make sure that they did not allow AML any rights to prevent another party from using the rail infrastructure and AML, at the same time, wanted to make sure that it accomplishes its current expansion which is planned for completion in 2023.  “As you know this project is fundamentally a completion of the project that was started in 2014 but got badly interrupted because of Ebola.”

In time, Matthews averred, technology and markets have changed. Thus, AML was forced to revisit its concentrator design for a superior product.  “In addition, as there were several environmental issues faced by iron ore projects in Brazil,  we also had to take a harder look and revise the design for how we managed tailings.  All of these changes are packaged in this new agreement and by 2023 we will expand the railway to handle our 15 million tonnes of concentrate per annum.”

Moreover, Matthews said, AML asked the GoL to reserve space for its potential expansion to 30 MPTA ( Million Tonnes Per Annum) for Liberian ore later on in this decade, citing that conventional wisdom is that the  rail can accommodate probably around 60 million tonnes annually. “That is not the current capacity, but given investment by companies, it could be expanded to this volume.  AML wanted to ensure that they had this reservation available for them before the Government gives away all the available space to other parties.”

The Nimba Iron Ore project, is the brainchild of U.S.-Canadian investor Robert Friedland who acquired HPX in 2019. The company expects eventual production of up to 30 million tonnes a year with construction forecast set to begin in 2023.

The project is located in the Guinean Nimba Mountains, in south-eastern Guinea, adjacent to the Liberian and Ivoirian borders. It is a Tier 1 deposit containing extremely high grade, low impurity, direct shipping ore and is considered one of the best undeveloped iron ore resources in the world. The use of such high-grade ore is an essential component of the fight to reduce energy consumption and global warming emissions during the steel making process.

The mine contemplated in the 2021 PFS will be adjacent to a UNESCO World Heritage site, in an area which has been set aside for mine development by the Guinean Government in a formal agreement concluded with UNESCO. The 2021 PFS seeks to minimize the impact of mining in the buffer zone surrounding the site as well as to enhance the protection of the World Heritage Site itself. This, according to HPX/SMFG will be achieved through the support of conservation measures already in place and through continued support to governmental authorities and NGOs involved in the protection of the Nimba mountain range. “It will set a new standard for environmentally and socially responsible mining activities,” the statement said Thursday.

The pre-feasibility study estimated total project development costs at $2.77 billion and direct capital costs for rail and port development in Liberia at more than $600 million.

According to the feasibility study, the operating cost estimate assumes, among other things, that access fees will be paid to the Government of Liberia, as the owner of the existing rail line (which is currently operated by ArcelorMittal Liberia), in line with established international principles.

Under the development plan set forth in the 2021 PFS, significant additional infrastructure investment will be made in Liberia by the subsidiary company Ivanhoe Liberia in order to facilitate the transportation of ore to the Buchanan Port from the mine site. This includes the expansion of the capacity of the existing rail infrastructure between Tokadeh in Liberia and the Buchanan Port, which spans some 243 kilometres. This would include rehabilitation of rail infrastructure alongside an abandoned rail right-of-way from Tokadeh to Yekepa as well as a significant expansion of the Port of Buchanan through the construction of a new berth and bulk material handling facilities. This rehabilitation and expansion will also provide for passenger and light freight rail access, which could contribute significantly to regional trade and economic development.

The development of the Nimba Iron Project is estimated to create 2,000 direct permanent jobs, of which approximately 1,500 would be in Guinea and 500 in Liberia, and which will help support indirect secondary employment in both countries. As such, the Project will be a catalyst for regional development with long-term sustainable community benefits in health, education, skills training and entrepreneurship.

Guy de Selliers, Chairman of SMFG said: “The Nimba Iron Ore deposit is renowned for its very high grade, as well as for its proximity to existing infrastructure. Bringing the Project’s high grade, low impurity iron ore to global markets craving this type of ore to make steel that has a lower carbon footprint, which now being demanded, will require access to the Liberian transport infrastructure. We are confident that satisfactory agreements for this purpose will be reached with the Government of Liberia, who are fully aware of the massive benefits of this project for the people of Liberia, and which will help develop this part of West Africa into a significant iron ore producing area for the benefit of local and regional stakeholders across both Guinea and Liberia.”

The rights to the Nimba Iron Ore Project are held by SMFG, a subsidiary of HPX. HPX is a well- funded U.S. incorporated company, founded by Robert Friedland and Ivanhoe Capital Corporation. Over his multi-decade career, Mr. Friedland has found and developed some of the largest, most prominent mines across the world. He is currently Executive Co-Chairman of Ivanhoe Mines Ltd., which has recently brought into commercial production the ultra-high-grade Kamoa-Kakula copper deposit in the Democratic Republic of Congo, which is ranked today as the world’s fourth largest copper deposit. Ivanhoe Mines is also developing the Platreef Project in South Africa, which at its final projected production rate would be the largest primary platinum- group metals mine in the world.

HPX completed a US$200 million equity financing in 2021 from several leading U.S. and international institutional investors.

Mamady Youla, CEO of SMFG, averred: “The PFS that we have completed is of an extremely high standard and provides a clear roadmap for development of our project. However, in doing so we will be very mindful of the environmental challenges that come with this project given its setting in the Nimba mountain range. The Environmental and Social Impact Assessment currently being developed for both Guinea and Liberia utilizes industry best-practice methods that will demonstrate to all of our stakeholders the efforts we are taking to protect, preserve and enhance the environment in which the Project will operate.”

For Matthews and Mittal, it is no secret that HPX has been developing the deposit in Guinea and has always wanted to use the railway in Liberia.

Said Matthews: “This is what the Government of Liberia eventually wanted – as you know there has been an agreement between the two Governments to do exactly that. We signed our agreement which is an amendment to our MDA and the principal item that took months of negotiations is access to this railway and Buchanan port areas because the Government of Liberia wanted to ensure that they, the Government, controlled this access.  So, in that sense, this announcement by HPX is pointed in the right direction.”

As it stands right now, Matthews believes it is a very fair agreement where AML could get close to 30 million tonnes and other parties can use the remaining.  “So, if the capacity is around 60 million, it is in effect a 50-50 sharing – where AML will continue to be the operator and all users would form a joint management committee that would decide the management of how the rails are operated. Additionally, ArcelorMittal will be operating this rail on a cost-sharing basis, with zero profit for the operator.”

Matthews says AML’s current 800 million project is a stand alone. “What we have in the rules in this new agreement is that the Government is the gatekeeper for other users of the infrastructure – that is whether it is HPX, Solway, Zali, or the others. The Government will decide who all can come on the railway and how much allocation they will get. I presume that today’s HPX announcement aims for them to convince the Government of Liberia that they have the wherewithal both technologically as well as financially to undertake this project. And of course whatever fees they pay to Liberia will go right to the Government of Liberia, not to AML.”

Asked whether Mittal will work in collaboration with HPX, Matthews said: “We will work together in the sense that once they get to a stage where they know they are going to increase the rail capacity and because we are already using the rail for our own product movement; yes, there will be a joint understanding of train schedules, repair periods and stuff like that.  There’s a lot of coordination that will be happening and that’s all envisaged in the rail operating principles that will have to be agreed upon between now and whenever they start.”

Matthews says ArcelorMittal’s main goal going forward is the completion of its project of 15 million tons and planning for further increases later.  “At the same time, if others want to use the rail either for southward traffic or northward traffic, they will need to work with the Government of Liberia first.  There’s been talk about the Government of Liberia trying to create a Special Economic Zone that may need the rail being used to move containers up from Buchanan northward.  As we are the operator, we’ll do whatever the Government requests and/or what is agreed by the Joint Management Committee.”

Matthews has meanwhile dismissed suggestions that ArcelorMittal is against allowing companies like HPX to expand the railway for another ten, fifteen years. “That is completely not at all true.  All we are saying is, while we are doing our current expansion, which we are planning to complete in 2023, we don’t want anybody else trying to expand during this same time.  As soon as we complete our expansion in late 2023 or as early as 2024 other parties can begin their expansion plans as well.”

Epiroc and DDE proudly don their partnership HATs for another five years!