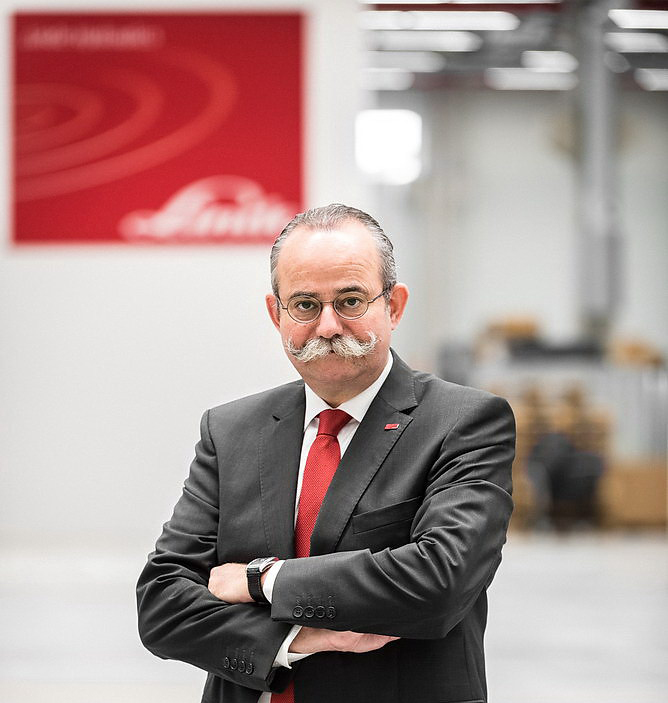 Aschaffenburg, Germany, 15 February 2021 – Linde Hydraulics GmbH & Co. KG
realigns its executive management team. Chief Executive Officer (CEO), Dr. Jörg
Ulrich will leave the company at his own request on 31 March 2021 to take on a
new challenging role in the private equity business.
Linde Hydraulics would like to express its sincere thanks to Dr. Ulrich for his
leadership of the company as CEO and President over the past seven years and
wishes him continued success in his personal and professional life.
Dr. Ulrich had been with Linde AG since 2004 and with KION in management
positions since 2006. In 2010, he moved to the hydraulics division, from which
Linde Hydraulics was then formed.
Janfried A. Tirre will continue as Chief Sales Officer (CSO) and will also take on
responsibility for the Quality division.
Michael Kessler has been appointed to the Linde Hydraulics Executive Board and
is promoted to the position of Chief Operating Officer (COO). He will assume
responsibility for the functional areas previously assigned to Dr. Ulrich.
Mr. Kessler has been with the company since 2019 leading the production division.

Michael Kessler has many years of experience as Managing Director in several
companies. After working for 20 years in various positions at TYCO, he was
Technical Managing Director at a medium-sized company from 2011 to 2014. Until
2019, he acted as Managing Director for investment companies until he
subsequently took over as Head of Production at Linde Hydraulics. Mr. Kessler
holds a degree in mechanical engineering and an MBA.

“With Michael Kessler, the Linde Hydraulics management team is gaining a proven
executive who not only has many years of experience in management positions,
but has also provided outstanding results in his previous function as head of the
production division of Linde Hydraulics,” said Janfried A. Tirre.
Janfried A. Tirre and Michael Kessler will jointly form the management of Linde
Hydraulics in the future and will operate on an equal basis. The new organization
will come into effect on 1 March 2021.

Linde Hydraulics is a global manufacturer of hydraulic and electronic drive
systems. As a technology leader in the field of high- and medium-pressure
hydraulics, Linde Hydraulics sets standards with its systems for significant
reductions in fuel consumption and CO2 emissions. The product range includes
hydraulic pumps, motors and valves as well as electronic controls and peripherals.
Linde Hydraulics is a development partner and supplier of well-known
manufacturers of mobile machinery for the agricultural, construction, mining,
forestry and municipal industries as well as industrial machine manufacturers.
Founded in 1904, the company is headquartered in Aschaffenburg, Germany.
Approximately 1,400 employees work at six plants in Germany, China, and the
USA as well as at subsidiaries in Europe, China, South America and the USA. With
an extensive network of approximately 80 sales and service partners, Linde
Hydraulics is represented in more than 50 countries worldwide.