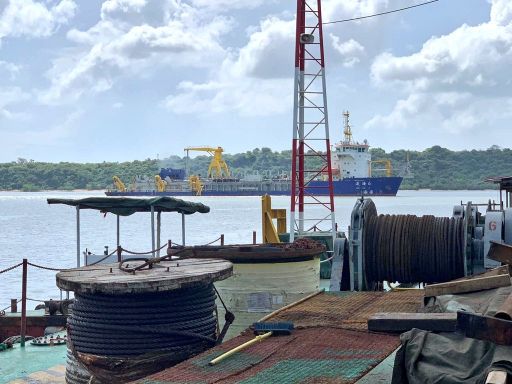 A group of small oil marketers has protested a decision to allow a vessel to offload almost 50 million liters of fuel for use in Kenya.

Offloading happened at the Mombasa Port on New Year Eve and saw some 30,000 metric tonnes of the oil pumped to the national pipeline for consumption.

The company bypassed other vessels that were in the queue waiting to offload. It offloaded the oil, which is deemed cheaper in the world market following the fall of prices.

The protesting marketers wrote to various government agencies saying the company had not been pre-qualified and did not participate in the tendering process to ensure among others safety issues are followed.

They explained that those whose products were waiting to be offloaded are running into losses which will later be passed to consumers.

The marketers wrote to Petroleum and Mining ministry to register their displeasure over the move.

“We note with great concern the illegal importation of 30,000MT of gasoline for an “elite” group of oil marketers without knowledge of the all other Oil Marketing Companies (OMCs).”

“We wish to further note that the timing for both arrival and discharge of the cargo is not only suspect but was meant to never have been found out due to the festivities, unfortunately, this has been discovered,” read part of the letter.

The director-general of EPRA Daniel Kiptoo did not respond to our queries regarding the issue.

The group added that the petroleum Act of 2019 outlaws all private imports for refined petroleum products into the country.

As the custodian of the Open Tender System (OTS) document, we believe that the ministry should continue protecting the authority of the document, the group added.

“Allowing such imports undermines the document and can easily lead to acrimony in the oil industry.”

The letter was copied to the Ethics and Anti Corruption Commission, DCI, Energy and Petroleum Regulatory Authority (EPRA), Kenya Pipeline Company and the managing director of Total Kenya.

They want the agencies to investigate and make public the answers to among others, was the cargo tendered for and if so through which medium was it tendered that all members did not get to know about it nor got an opportunity to participate in the sharing of the cargo.

They also want to know-how was one OMC considered delivering the cargo without going through the normal tender process.

The vessel that should be discharging currently is the MT Sloane Square delivering Gasoil and is now sitting outside while demurrage is accumulating.

The group wants to know who will pay for the demurrage.

“With this recklessness, we are left with no choice other than to institute a legal suit to all the concerned parties,” the letter said.

They requested the ministry, KPC and EPRA to ensure the cargo is shared with all OMCs using the usual ullage formula.

“EPRA should not allow demurrage related to the next four vessels that have already arrived at the port of Mombasa to be passed to the Kenyan consumers,” added the letter.

They further demanded that concerned OMCs, both the importer and receivers, be suspended as both buyers and sellers in the OTS.