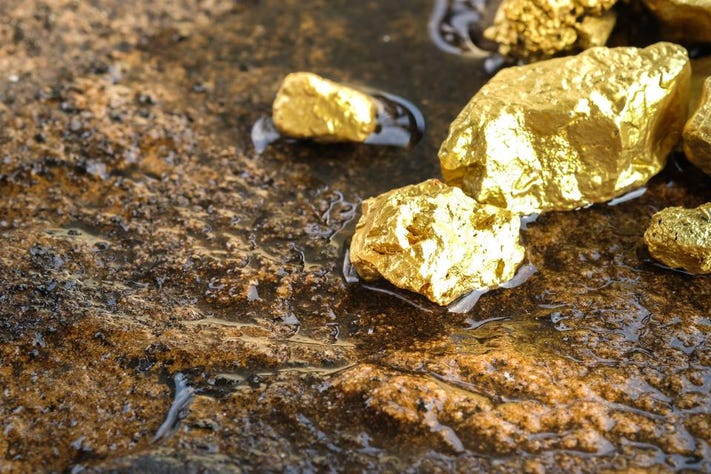 Osun State Governor, Mr Adegboyega Oyetola disclosed that his administration’s effort to endear socio-economic development is yielding as the state now host the only large-scale commercial gold mine in the country.

He added that the state’s commitment to probity and transparency has attracted the attention of the World Bank, inviting the state to its fiscal transparency and accountability programme.

In his state-wide broadcast to celebrate his administration’s 3rd year anniversary, the Governor said the gold mine project is the first of its kind in the country.

In June last year, we developed the Osun Solid Mineral Development Programme, which is responsible for implementing and overseeing the State’s policy for the mining sector.

So far, the programme has achieved some encouraging milestones in some of intervention areas – including the Osun/Omoluabi Mining Business Restructuring Scheme (OMBRS), which seeks to commercialise the State-owned mining company; and the Osun Revenue Diversification and Maximisation Scheme (ORDMS), designed to register all miners, mines and mining equipment, and report on all mining activities in the State in partnership with private sector partners.

Osun is host to Nigeria’s only large-scale commercial gold mine, facilitated by a Canadian-listed gold developer, Thor Explorations and its local subsidiary, Segilola Resources Operating Limited. The Segilola Gold Mine, which is expected to start producing Gold soon, is sited at Odo-Ijesha and Iperindo. The venture is a pioneering project in the Nigerian mining sector.

The Governor added that his administration’s commitment to transparency led to the development of a prudent financial model that has reduced waste in government financing.

“Our Administration is committed to values of probity, transparency and accountability. It was this commitment that earned us participation in the World Bank programme tagged State Fiscal Transparency and Accountability Programme.

“Hence, since assumption of office, we have put in place a most prudent financial model that has significantly reduced wastes and cut leakages. Using the Bank Accounts Monitoring System for the monitoring of day-to-day transactions, we have enshrined openness as a key principle of our Administration.

“As trustees of State resources, we will continue to raise the bar in probity and accountability.

“Fellow citizens, the journey of the past three years has been inspirational because of your unflinching support. As a State, we have collectively dared the impossible because you chose to believe in our vision”, he said.

Upskill your workforce with WearCheck training