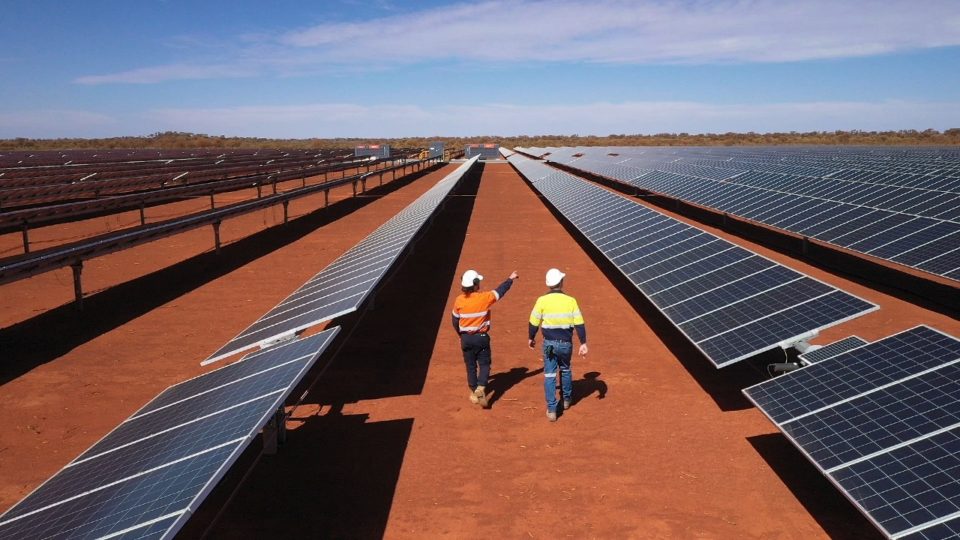 Solar and solar-plus-storage systems will be installed at two nickel mines in Western Australia for BHP, a supplier to Tesla, while a Rio Tinto ilmenite mine in Madagascar will be powered by a solar-wind-storage hybrid plant.

The facility will combine 8MW of solar, 12MW of onshore wind and a battery energy storage system with a rated power output of up to 8.25MW. Construction on the solar element of the project is expected to start later this year with commercial operations slated for early 2022. The wind power facility will then start construction in early 2022 before becoming operational by the end of the year. CrossBoundary will build, own and operate the power project.

The facility is to supply all of the QMM mine’s power during peak generation times, providing up to 60% of its annual electricity demand. As a result of the project QMM will also replace a majority of power it currently supplies to Fort Dauphin with renewables.

CrossBoundary co-founder and managing partner Matt Tilleard noted that emissions from electricity use in mining operations is estimated to account for up to 1% of all carbon emissions globally, highlighting the opportunity to decarbonise mining through hybrid renewable projects.

“We are focused on delivering cleaner power to businesses and were therefore able to offer Rio Tinto a flexible, fast, all-equity funding approach, combined with our reliable track record as one of Africa’s largest distributed renewable utilities,” Matt Tilleard said.

The Canadian independent power producer (IPP) said yesterday that its energy subsidiary Southern Cross will build, own and operate a 27.4MW project in Mount Keith and a 10.7MW farm in Leinster as well as a 10.1MW/5.4MWh battery storage facility as part of the Northern Goldfields project.

BHP said the farms will help it reduce emissions from electricity at the mines by 12%, based on 2020 levels, displacing power currently supplied by diesel and gas turbine generation.

BHP signed a power purchase agreement with TransAlta in October 2020 and construction will start in Q2 2022. It is expected to take 12-14 months at a cost of AU$73 million (US$54 million).

“The Northern Goldfields Solar Project will further improve our position as one of the lowest carbon nickel miners in the world,” said BHP Nickel West asset president Eddy Haegel.

BHP was one of seven companies this month to have been shortlisted for funding from an AU$70 million pot to help green hydrogen projects in Australia by the Australian Renewable Energy Agency (ARENA).

Various mining operations around the world are sited in off-grid regions or areas with limited grid access or capacity, while the mining facilities themselves can be energy intensive. This often results in mines and supporting infrastructure being powered by imported fuels like diesel which can be costly and logistically difficult to transport to site, can fluctuate in cost and cause emissions and pollution.

Microgrids that use renewables with storage have been gradually gaining acceptance for these applications. One recently completed example was a 30MW solar PV and 17MW / 15.4MWh battery energy storage system at Fekola gold mine in Mali which was commissioned in April. Meanwhile our sister site PV Tech profiled the recent rise in off-grid solar projects being used to turn mines away from fossil fuel-powered gensets for its PV Tech Premium channel.