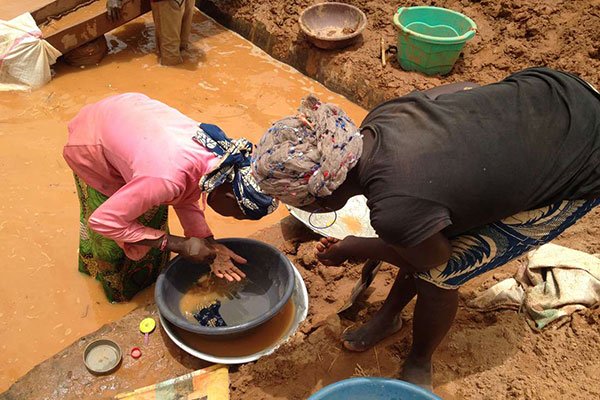 The artisanal and small-scale gold mining sector is the force behind trade in mercury even as experts warn of the heavy metal’s risks to not just health but also the environment.

To keep these dealings going, and feed its appetite for mercury—which is perceived as a cheaper and quicker method, especially for individual players—the sector has resorted to secrecy and corruption.

A report by the International Union for Conservation of Nature (IUCN) titled “Opening the black box: Local insights into the formal and informal global mercury trade revealed” and released in mid-April, reveals that most of the mercury imported into the region ends up in the mining industry, where its use is prohibited.

“Although non-extractive consumption accounts for the majority of the inventoried imports, the stable availability of mercury within the local artisanal and small-scale gold mining (ASGM) sector is suggestive of a prevailing unofficial market,” said researchers, who in 2019 mapped formal and informal mercury import and export in East Africa, with a particular focus on identifying illicit trade routes, trade hubs, price and quantity patterns, and key players.

Data on formal mercury trade in East Africa is based on national statistics reported to the UN Comtrade and Trade Map.

Most of the mercury is reported as going into industrial use by 31 chemical companies in the region: 16 in Nairobi and Mombasa in Kenya, nine in Dar es Salaam in Tanzania and six Kampala in Uganda.

Goldplat continues to benefit from the higher gold spot price