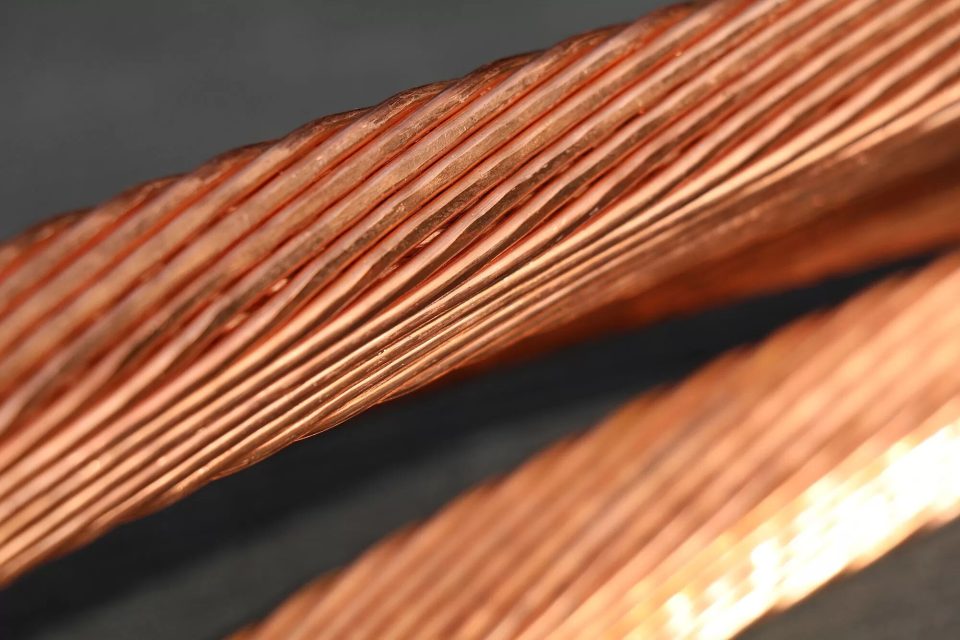 South Africa is by far the world’s largest producer of platinum, a precious metal that is among the rarest on Earth, and extremely valuable to the electronics industry.

The country holds over 80% of the world’s platinum reserves, but its mines are battling an unlikely problem that threatens to hit the industry hard: thievery.

For years, mining companies in South Africa have been at war with increasingly well-organized crime syndicates that target the country’s lucrative mining industry, especially mines for rare-Earth metals such as platinum.

But these thieves are not necessarily after the valuable silvery white metal. The real target is copper, found everywhere in cables and electrical wiring in mines, and which can be easily sold on the black market.

Copper theft in platinum mines could disrupt the supply of a material that is in increasingly high demand around the world, especially for its applications in the electric car industry.

Platinum’s ability to withstand high temperatures makes it an ideal material for the manufacturing of fuel cells, an alternative to battery-powered electric cars that promises to play a crucial role in the transition towards emission-free vehicles.

Fuel cells are poised to have important applications in the electrification of larger vehicles, especially long-haul trucking. Battery-powered trucks have a limited range before they need to be recharged, but fuel cells are better suited to long-haul trucks that have the storage space to carry extra hydrogen.

Platinum’s importance to producing these vehicles is set to put South Africa’s mining industry in the spotlight over the coming years. But to meet rising demand, the country will have to figure out how to deal with its thievery problem first.

Copper theft has been widespread in South Africa for years, with thieves targeting industries including mining, transportation, and telecommunications.

Copper prices have soared over the past decade, with the commodity almost tripling in value since 2015. High prices, combined with the sheer ubiquity of the metal, used for wiring in virtually every electronic device imaginable, has made it an attractive target for metal looters in South Africa.

Illegal miners in the country are everywhere, but are often grouped together and known as “zama zamas,” which in Zulu translates to “keep on trying,” or “to gamble.”

Zama zamas are a broad group, many of whom are undocumented immigrants from neighboring countries who used to work in mining but have since been laid off. And while zama zamas take the brunt of the blame for most instances of copper theft in South Africa, they are far from the only group known to be stealing the metal.

“Copper theft is performed by many very desperate people, some of whom like to blame it all on zama zamas as there is significant xenophobia in that gesture—but it is a widespread phenomenon across the country,” Rosalind Morris, a professor of anthropology at Columbia University who directed a 2021 documentary on the group, told Fortune.

Illegal miners are often heavily armed, possess explosives, and intrude on both abandoned and operational mines, according to a report from South Africa’s Mining Council. Looters often spend days at a time underground, bringing with them food and water rations, and in operational mines, illegal miners have even been known to set booby traps or ambushes for mining staff or even rival gangs.

Both mining companies and the South African government have attempted to crack down on illegal mining for years, sometimes with fatal consequences. Last year, eight illegal miners were killed in a shootout with police above a mine in South Africa’s North West province.

During the COVID-19 lockdowns of the past few years, copper theft accelerated, with gangs becoming more sophisticated and organized. Some have even started their own schools to teach new members how to steal copper and other metal.

A threat far beyond South Africa

Sibanye-Stillwater, a mining company that is the world’s largest primary producer of platinum, recorded 165 incidents of theft since the beginning of 2021, Bloomberg reported, which have disrupted operations multiple times and forced the company to step up security.

Platinum is an important element used in the manufacturing of specialized electronic devices such as optic fibers. It is also an important material for the auto industry and jewelry-making. For cars, the metal is a crucial component in hydrogen fuel cell vehicles, and also in manufacturing autocatalytic converters, devices which reduce tailpipe emissions from internal combustion engine cars.

Interest in South African platinum is also expected to rise, given supply constraints of the metal from Russia, which accounted for 10% of global supply.

But the pervasiveness of copper theft disrupting mining operations could lead to higher operational costs, which could exacerbate preexisting labor unrest issues in the industry and make meeting the elevated demand a challenge.