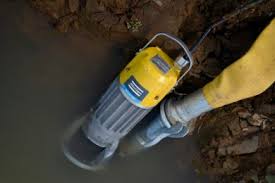 The StrataConnect MC2 (Part No SCT-MC2-03) is an underground personnel communication and location tracking device that operates on the StrataConnect™ wireless mesh network – formally known as Strata CommTrac. Released last year, the unit is designed specifically for harsh underground environments and provides personnel with two-way text communications, real-time location tracking, and both critical alert and response functions, the company says.

Communication messages include peer-to-peer or group texting and can be sent between units underground or to the user interface at the surface. Users have access to a full employee contact list and the ability to create personalised groups, while a full, hard-button QWERTY keyboard and large display screen facilitate fast and easy message reading and response, the company says.

“Miner location tracking is continuously active,” Strata said. “The units ping nearby communication nodes every 60 seconds for monitoring both location and direction of travel. Personnel can utilise the MC2 to locate fellow workers underground.”

The MC2, which is automatically functional on all StrataConnect wireless networks, is worn in a pouch on the user’s belt. Green LEDs on all four corners indicate the receipt of incoming messages, while red LEDs indicate an emergency notification. The device can also be used to send emergency alerts to dispatch if immediate assistance is needed.

Strata says battery life ranges between 24 and 48 hours, depending on use. Recharging takes around four hours, including the automatic update of contact lists which are done at this time.