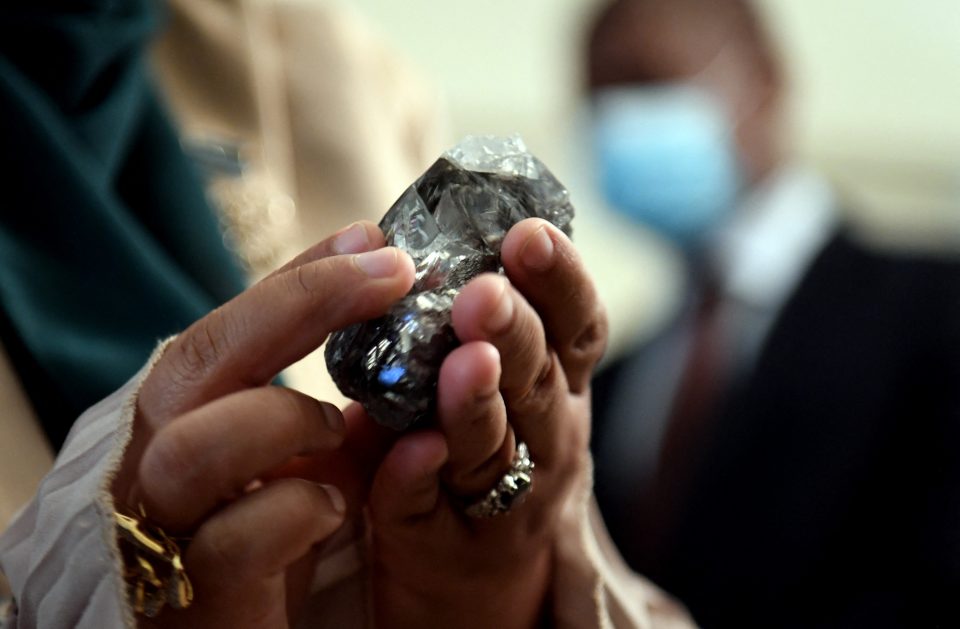 It is the third diamond of over 1,000 carats unearthed from the same mining location, a world record for Karowe. Apart from the recovery of the rare rock, the mining company also unearthed several other diamonds — weighing 471, 218 and 159 carats — of similar appearance, suggesting the 1,174-carat diamond was part of a larger diamond with an estimated weight of more than 2000 carats.

Before the discovery of the mega diamond, another huge 1,098-carat precious stone was discovered in Botswana by diamond firm Debswana, which was then believed to be the world’s third-largest gem-quality stone ever to be mined. The world’s second-largest diamond ‘Lesedi La Rona’ was also found in Botswana in 2015.

How difficult is it to mine huge diamonds?

The vast majority of global diamond production constitutes small diamonds, at less than one carat. Small diamonds are common and only useful for industrial applications. On the other hand, large gemstone-quality diamonds are extremely rare and precious.

Billions of years old natural diamonds formed deep in the Earth and some scientists have suggested that there are vast quantities of gem-quality stone hundreds of kilometres deep, according to an article by The Conversation. The authors Jodie Bradby and Nigel Marks wrote that the deepest hole ever drilled is about 12 kilometres and we will never be able to mine these deep-earth diamonds.