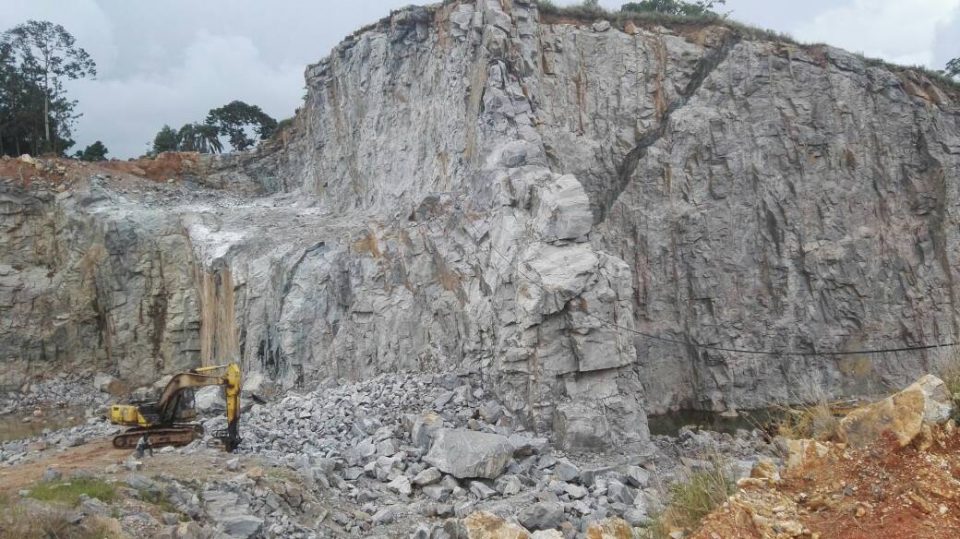 With stones and sand being key raw materials for construction, their excavation has become a lucrative business.

Apparently, investors are racing against time to explore the next area where they could establish stone quarries to serve the current construction market. There are over 100 registered companies in Uganda engaged in stone quarrying business.

These quarries produce various products such as gravel and manufactured sand using sophisticated technology and equipment such as crushers and earth movers.

Whereas some investors use a mechanised system to get these deposits, others still use rudimentary means which at times violate the National Environmental Management Authority (NEMA) guidelines that regulate sand mining and stone quarrying.

Members of Parliament (MPs) have questioned the continuous degradation of wetlands by some investors who illegally excavate sand and stones.

In 2019, MPs accused NEMA of taking no action against those who were excavating stones and sand from Lwera swamp illegally. NEMA admitted that they were short of manpower to crack fown on culprits.

The 20Km Lwera swamp on the Kampala-Masaka highway is a major water catchment area that connects several rivers and wetlands in Gomba, Mpigi and Kalungu districts and drains directly to Lake Victoria.

Environmentalists argue that the encroachment of water catchment areas is an environmental hazard which authorities must find a solution to before it explodes.

Mr Frank Muramuzi, the executive director of National Association of Professional Environmentalists, says while the need for a mechanised system of mining is good, it can also degrade the environment especially if it is not regulated.

“Those who use mechanised systems excavate the mineral deposits in large quantities and end up destroying the ecosystem. Therefore, they must be regulated to ensure that the environment is protected. If they are left to operate on their own, they could destroy the environment in the name of making money,” Mr Muramuzi warns.

He says whereas the government has licensed a number of stone quarry companies, officials from environmental bodies rarely follow-up to ascertain if the licensed companies are following environmental guidelines.

He acknowledges the fact that the increased demand for building and construction materials has led to environmental degradation. But he admits that operators in the stone quarrying business should heed the law.

Mr Ssekamate says that if all investors followed the regulations guiding stone quarrying, there would be less degradation.

He says that both the government and investors who are already using mechanised systems of stone quarrying can work together to help those operating illegally and using rudimentary means to formalise their businesses and adopt the mechanised system.

For one to legally operate a stone quarry, they need to first identify a rock deposit of commercial quality that meets the demands of developers involved in the construction market.

He explains that the identification of a rock is done by a geologist who carries out a survey of the rock deposit. The quarry in Nakyelongose village where he currently excavates granite from will produce the same mineral for the next two decades according to experts.

“You need to follow the environmental laws. Our manufacturing plant sits on 20 acres of land which was properly assessed by authorities and it can produce 1,500 tonnes of sand and gravel every day. My quarry serves most road construction projects in the city and beyond. I am concerned about environmental degradation and that is why we must support our colleagues to help them operate formerly,” he says.

Mr Ssekamatte says the new plant which he is installing will cost $3m (Shs11b).

Mr Isa Lubega, a resident of Mpigi who runs a local stone quarry also acknowledges that as the demand for construction materials soars, people tend to encroach on catchment areas to get the deposits for sale.

But he blames this on inadequate sensitisation by authorities about the procedures to follow before one starts sand mining or stone quarrying activities.

“Construction materials is one of the lucrative businesses and many people have now picked interest because both sand and stones have a ready market. But the problem is on how to go about this business because most dealers lack capacity in terms of resources and knowledge about what requirements they must meet before starting,” Mr Lubega says.

Mr Lubega also says the use of rudimentary machines affects small scale businesses since production is usually low hence they cannot compete with those who use mechanised systems which use utilities like water and electricity.

“When I took over management of this quarry operations were at 40 per cent but we are currently at 65 per cent. All our equipment has been assessed by authorities and we are installing a new manufacturing plant from India which can crush 3,000 tonnes of sand and stones daily. All this wouldn’t be possible if we didn’t meet environmental guidelines,” he says.

The Minister of State for Mineral Development, Ms Sarah Opendi, says the proposal by stone quarry dealers to push for the formalisation of stone quarrying on a small scale should involve authorities in this process.

The Minister acknowledged that stone quarrying is acceptable by law. However she said that there are those who do it illegally and degrade the environment.

“We are ready to help all those who would like to formalise their businesses in the mining sector as long as they heed the law. Yes, there is need for construction materials but this should not degrade the environment,” she said.

Mr Alfred Adong, a civil engineer, says although most developers are still using river sand, they forget that the manufactured sand from crushed stones has a greater durability.

“The physical and chemical properties in manufactured sand are balanced and can withstand any harsh climatic conditions and has the ability to overcome the defects in concrete segregation,” he says.