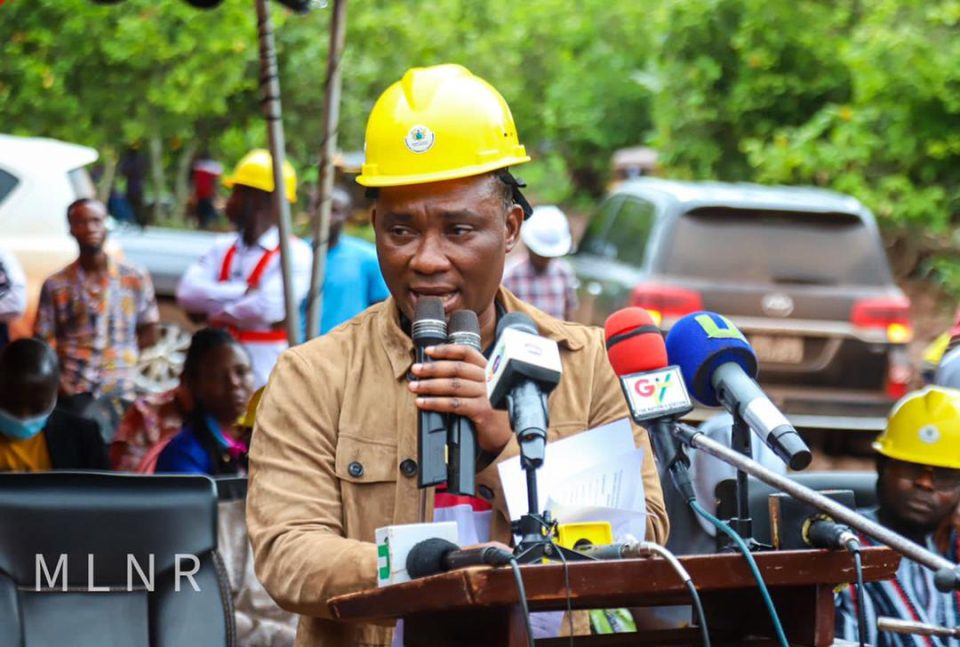 About 10,000 residents of Kenyasi No.1 and its surrounding communities in the Asutifi North District in the Ahafo Region are in line to gain employment, following the launch of a new Community Mining Scheme (CMS) in the area.

The scheme is one of the initiatives by the government to promote small scale mining and discourage young Ghanaians from engaging in illegal mining.

In addition to an available concession, one mercury-free Gold “katcha” and other equipment have been donated by the government to enhance operation of the scheme.

Deputy Minister of Lands and Natural Resources, George Mireku Duker, who launched it yesterday at Kenyasi No. 1 said, the government’s objectives for rolling out the CMS was to ensure sustainable and responsible mining and create more avenues for the youth to participate in small scale mining.

The scheme, he said, was operated with specified safety protocols which were expected to be strictly followed by the mining operators.

He warned that any action contrary to the relevant regulations and code of practice would give the Minerals Commission enough reason to apply the laws appropriately.

“I want to emphasise that this location is the area granted as Community Mining concession, no one should mine beyond this point,” he said.

In line with the government’s objective of maximising the country’s gains from the small scale mining sector and raising local champions in the mining industry, the Deputy Minister tasked the workers to carry out their duties diligently and avoid actions which could undermine safety and security concerns.

“We have given you a mercury-free machine to facilitate your work. With this machine you don’t have to use any chemical to extract the gold, apart from water.

The machine will aid you to recover over 90 per cent of gold from the ore. In line with this requirement, the site is also equipped with a first aid centre to provide immediate care in time of need,” he stated.

To win the support of the community members, he asked the operators to undertake developmental projects as their Corporate Social Responsibility.

The community must benefit from the mining operations by way of Coporate Social Responsibility. We, therefore, urge you to channel some of the revenue from the operations to developmental projects,” Mr Duker added.

He reiterated the government’s resolve to intensify measures to tackle the galamsey menace, adding that it would not be successful without the collaboration of the local authorities and the populace.

The Member of Parliament of Asutifi North Constituency, Patrick Banor, commended the government and the Ministry of Lands and Natural Resources for the various initiatives aimed at fighting against illegal mining.

He bemoaned recent surge in illegal mining activities in the area and warned of the dire effects it could have on the community.

The MP added that the Kenyasi No. 1 Community Mining Scheme would spur socio-economic development in the area.

The Omanhene of Kenyasi No. 1, Nana Osei Kofi Abiri,thanked the government and assured of the community’s resolve to adhere to the laid-done regulations.