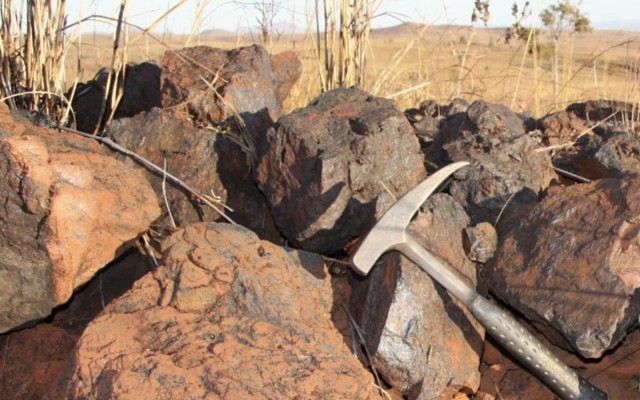 Madagascar has been long on promise as a mining destination, but hopes have been dashed in the past — thanks mainly to politics.

Now, however, the Indian Ocean republic seems to be turning the corner.

Sumitomo has re-opened its huge Ambatovy laterite nickel mine after a year’s closure due to the global pandemic, London-listed Tirupati Graphite has started its Vatomina mine, Toronto-listed NextSource Metals is developing the Molo graphite mine, and Bass Metals (ASX: BSM) is pursuing its graphite hopes.

Meanwhile, the government in Antananarivo is promising a new mining law.

Akora Resources (ASX: AKO), founded in 2009, has three iron ore projects on the island, one of which has been producing head-turning grades during exploration.

India and China are potential markets

Iron ore (62% grade) remains above US$200 per tonne and the geopolitics of the metal at present add another layer to the Akora story.

First, there is the vast Indian market only a short sea voyage away but, secondly, China is looking for alternative iron ore supply as it tries to reduce its dependence on Australia, which now meets up to 60% of its needs. And China’s main focus is Africa in that quest.

Last month the company reported what it termed “further outstanding drill results” from Bekisopa with grades up to 66.9% iron after crushing.

The company noted that assays confirmed the continuation of what it describes as significant, near surface, mineralisation along a 4km strike.

Its aim is to drill and define around 100 million tonnes of direct shipping ore.

Potential for a high-grade iron ore mine

Akora managing director Paul Bibby said at the time that the first bunch of assays indicated that Bekisopa has “significant potential” to be a high-grade iron ore project.

Mr Bibby has more than 35 years of experience as a metallurgist and spent 21 years with Rio Tinto (ASX: RIO) working in its aluminium, coal and iron ore divisions. In 2009 he was appointed chief executive officer of OceanaGold Corporation (ASX: OGC).

For more than 100 years, there has been talk of mineral riches lying beneath Madagascar’s surface.

In 1911, a prominent mining engineer delivered a lecture in Paris promising investors there was gold in abundance, as well as radium, and that the island held probably more graphite than did Ceylon (what is now Sri Lanka), which was then the world’s primary source of graphite.

In 1935 fascist Italy offered to buy Madagascar from the French in order to increase its own colonial empire, and again there was talk of mineral wealth.

Less than a decade later, in 1942, the Japanese Navy had plans to invade the island, which it could then use as a submarine base to attack Indian Ocean shipping — but also to exploit its much-needed natural resources.

Bekisopa has seen considerable exploration over the years.

Between 1959 and 1962 the French geological agency, BRGM — long active in Francophone Africa — did 4,000m of trenching at Bekisopa, along with digging 564 pits and drilling 22 holes, the last of which intersected high-grade iron.

In the period between 1976-1978, the United Nations Development Program undertook more drilling at the project.

Akora followed up this work in 2014 by collecting 118 rock chip samples, assays of which revealed an average 66.7% iron content and low impurities; and 21 of those samples returned grades above 69%.

The company says there is potential for 150Mt of iron ore in this ground.

The other two projects are close to the east coast with one, Tratramarina, located just 16km inland.

Deposit unknown until 15 years ago

Tratramarina contains upgradable magnetite with existing grades between 25% and 35%.

Akora says there is potential to develop hydro power for the project.

Tratramarina as an iron ore deposit was unknown until 2006 following an appraisal by a team from the World Bank.

The third project, Ambodilafa, has upgradable hematite with grades between 40% and 65%, and where rock chips have assayed at 44%.

Akora has farmed into this project with the right to earn a 90% stake.

Wescoal signs on technology to boost volumes and green operations