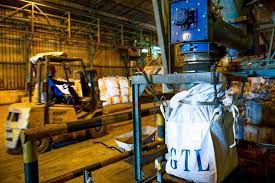 Democratic Republic of Congo leader Félix Tshisekedi is seeking a review of some mining contracts with foreign companies as a lobby warns that the country will potentially lose at least $3.7 billion in skewed mining and oil deals with controversial Israeli billionaire Dan Gertler.

Kinshasa has already lost out on nearly $2 billion in revenue by selling mining and oil assets to Mr Gertler, according to a coalition of Congolese and international organisations, which has urged the government to review the deals.

Companies owned by Mr Gertler, who is under US sanctions for alleged corruption in Congo, stand to gain $1.76 billion in the next 20 years from copper and cobalt projects in the country, said the lobby, Congo Is Not For Sale.

Mr Gertler, a close friend of former Congolese president Joseph Kabila, denies any wrongdoing. He has never been charged with a crime.

“The coalition calls on Congolese authorities to end their silence on this matter and take urgent measures to ensure that Congo’s mineral wealth benefits the DRC Treasury and its people,” the group said in a report.

The lobby wants President Tshisekedi to “take the bold step of ordering a thorough and credible investigation into all mining deals involving Mr Gertler”.

Minergy edges closer to nameplate capacity at Botswana mine