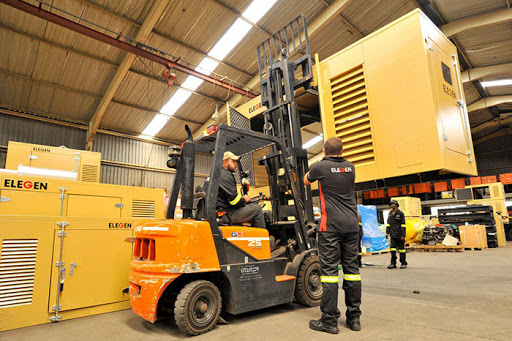 Africa’s genset industry is holding up despite the exceptional events of the past year, with major players positioning their businesses for future growth

It has not been the easiest of years for any business or industry the world over, but demand for genset power in Africa has remained firm nonetheless.

In a 2020 round up, Portugal’s Grupel reported that activity was up despite the unscripted events surrounding the Covid crisis and ensuing lockdowns.

In 2020, it was active in 70 countries – an increase of around a dozen over the previous year – across all continents, including Africa.

Marco Santos, its chief executive, hailed it as a “year to remember”. Grupel’s combined installed power was up 6.7% compared to 2019, he noted, while total customer numbers jumped to 800, some 57 more than the previous year.

Last year, the company was tasked with providing an emergency power source to the Azito Combined Cycle Plant, one of the largest thermal plants in the Ivory Coast.

Operating as an emergency system, it will supply the necessary load to protect the plant’s sensitive equipment in the event of a power failure. Azito is currently undergoing a big extension that will boost its output to approximately 710MW, roughly a third of the country’s total power supply. The power plant in Abidjan is owned by a consortium of investors led by emerging markets specialist, Globeleq.

The immense variety of applications for genset power plants is one of the chief reasons for their enduring success in Africa’s challenging environment over many decades. These mobile power plants have long supported Africa’s major industries, from oil and gas to mining, and are increasingly finding new opportunities as well, as the information and digital economy expands and widens. Himoinsa completed an important installation last year in Ethiopia, for the country’s Information Network Secuirty Agency (INSA). The 3MW project comprises three generator sets, two HTW 1745 units and one model of HFW 250.

The work was undertaken by Himoinsa’s distributor in Ethiopia, Leed Building Technology Trading, together with a contractor, Defense Construction. The project will be vital to guarantee the continuous function of the main data systems that underpin the country, one of Africa’s fastest growing economies. Tenke Fungurume Mining Corporation recently selected Caterpillar dealer, Congo Equipment, to provide power solutions for its copper and cobalt mining operations in the Democratic Republic of the Congo (DRC).

In an under-developed region plagued by erratic power supplies, Africa has long turned to companies such as Cat, Himoinsa and Grupel, to provide secure, stable and dependable energy; from mines to luxury hotels. Larger deployments have also been utilised to provide temporary support for frail national grids and utilities, which provide the energy backbone of any economy. Zest WEG has played a key role in supporting a multitude of clients across the continent.

From a powerful local manufacturing base in South Africa, it now maintains a growing footprint right across sub-Saharan Africa. Juliano Vargas, the firm’s chief executive, said this is the result of investing heavily in technology and skills development in recent years. As a result, local content in the manufacture of transformers is now nearly 90%.

Aksa Power Generation, a part of Kazancı Holding, also extended its footprint this year, opening new offices in Kenya and Sudan, part of a broader plan to grow rapidly in Africa; it is planning to open a new site in Senegal soon as well. In March, Cummins expanded its diesel genset series with the introduction of the C2750D5BE model to complement its successful QSK60 series, extending its standby power range from 2500kVA to 2750kVA for 50Hz markets.