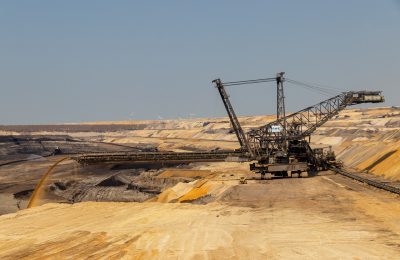 Energy demand in Africa is rising fast, but the national grid is still the old decades-old networks with barely enough electricity to catch up with the rising demand. Governments are now looking for the coal-powered plant’s way to save them from frequent shortages and blackouts. However, environmentalists aren’t having any of it and recommend renewables instead. For instance, in South Africa, the country has had its fair share of blackouts that span the winter period and summer’s sunny days. This situation is because the power plants are outdated, and the energy needs have rocketed amid growing urbanization and industrialization.

South Africa has considered mining coal to generate electricity. The country’s electricity is ninety percent coal-generated. Other nations with coal deposits are also rolling out coal mining. These include Tanzania, Mozambique, and Botswana. With support from countries such as China, Russia, and France, these governments see coal as the surest solution for their energy problems. “Energy poverty is a key concern when it comes to many developing countries. Coal-in some countries that have it-is in abundance, efficient and convenient,” said NJ Ayuk, head of Africa Energy Chamber, an organization of private firms in the energy sector.

“These countries often supply the finance and technology, and it makes sense for them to tap into resources that already exist and build the economy,” Ayuk added, referring to the developed nations aiding Africans in coal mining. Ayuk mentions that gas is a cleaner alternative for coal. Coal mining is known to emit harmful gases and cause smog. “Gas is cleaner than coal and could be used for power plants as we prepare to use renewable energy,” he added. Countries that have gas reserves include Ghana, Nigeria, Tanzania, Senegal, and Mozambique.

Coal energy has some pretty negative effects on the environment and life forms. Some energy experts argue that Africa emits insignificant amounts of greenhouse gases, and a few more coal-powered plants could go unnoticed. “Many plans for new coal-fired power plants have not been implemented yet. Even if they were realized, the impact on global climate change would not be noticeable,” said Stephen Karekezi, who serves as the chairperson of the Africa Energy Policy Research in Kenya, a non-profit organization.

Africa plans to roll out twenty-five new coal power plants. According to Energy for Growth Hub, only one of these plants, a 100-megawatt plan in Niger, has signs of completing soon. Nine other plants promise to start construction soon and could start operations in the future. The other plants are canceled or likely to go online. One such plant is a coal power plant in Kenya’s coastal town, Lamu, which was revoked following an outburst by environmental groups in Kenya.

Environmental activists insist renewables are the best solution to the energy mishap in Africa. “[Africa] has potential for renewable energy sources such as wind, solar, and geothermal. The cost of solar can no longer count as a factor because it has dropped. Governments need to make a shift towards renewables through better implementation of relevant policies and legislation,” said a climate and energy expert, Nhlanhla Sibisi.

Barrick signs agreement to reopen Porgera gold mine in PNG

B&E GEARS UP WITH LATEST METSO PLANT FROM PILOT CRUSHTEC