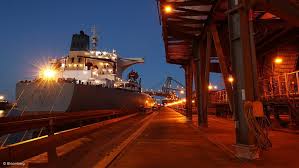 The company has begun community consultation, which could take four to six weeks, and would then apply to regulators for the added capacity in a process that is likely to take the rest of the year.

Its focus in the medium term, however, remains on reaching its current capacity at the port of 290 million tonnes a year, Day said.

“Any increase in our production has the potential to deliver flow-on benefits for local jobs, local business and additional royalty revenues for the state,” Day said.

BHP also said it planned to invest up to A$300 million ($194 million) more over five years to improve air quality and cut dust emissions across its Pilbara operations on top of A$400 million already spent.

Dust emissions have been a major issue for global miners using the remote northern port, including Fortescue Metals and Gina Rinehart’s Hancock Prospecting, where dust particles have sparked health concerns.

New measures will include “wind fences” to reduce dust lift-off from stockpiles, planting more vegetation and setting up more dust control projects across the supply chain.