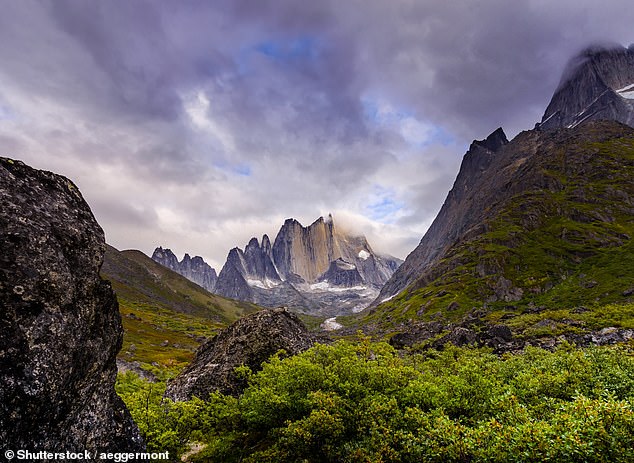 A British miner has teamed up with a company backed by Bill Gates and Jeff Bezos to hunt down a mega-deposit of metals used in electric cars.

London-listed Bluejay Mining is set to receive £11m of funding over three years to explore an area of southern Greenland – which is undergoing a rush for metals used in the green transport revolution.

The cash will help fund work on a huge potential mine as part of the Disko-Nuussuaq project. The mine, which Bluejay bought licences for in 2017, is thought to contain nickel, copper, cobalt and platinum-group metals.

The right stuff: Greenland’s stable government and vast amounts of geological data have made it a good bet for KoBold, which seeks ethical sources for metals

The investment will come from KoBold Metals, which is funded by Breakthrough Energy Ventures, an investment fund backed by billionaires Gates, Bezos, and Michael Bloomberg.

Companies are racing to find new sources of cobalt – which is often mined in the Democratic Republic of Congo, where it is linked to human rights abuses.

Greenland’s stable government and vast amounts of geological data have made it a good bet for KoBold, which seeks ethical sources for metals. It will be the first time KoBold, which uses artificial intelligence to scour for sites, has teamed up with a company listed on a junior market.

Bluejay is worth £91m – a tiny player compared with other companies with licences in Greenland such as Anglo American. Bluejay’s executive chairman Rod McIllree said: ‘The key thing KoBold see with us is that, while they bring technical and financial capacity, we bring the project itself.

‘Also, because we’ve been operating in Greenland for so long, we have very good relations.’ He added that Greenland was key to American investors, who are trying to fend off Chinese interest.

Some links in this article may be affiliate links. If you click on them we may earn a small commission. That helps us fund This Is Money, and keep it free to use. We do not write articles to promote products. We do not allow any commercial relationship to affect our editorial independence.