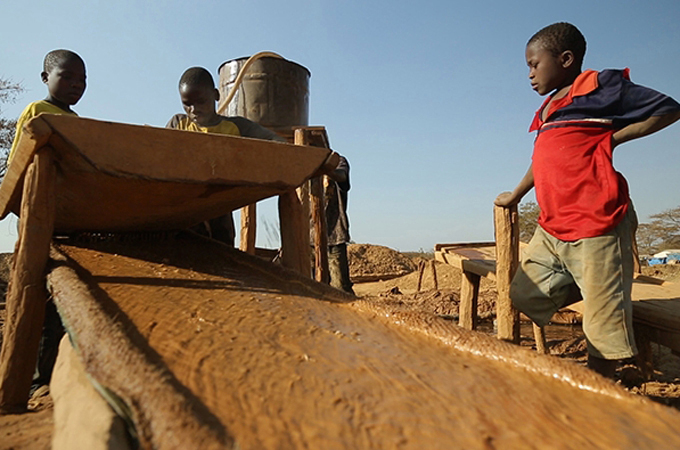 CHILDREN from families living near mines find themselves in precarious situations that do not bode well for their rights and welfare. This was said recently by Ms Loyce Lema, the Executive Director of Environmental Human Rights Care and Gender Organisation (Envirocare) based in Makongo Juu, Dar es Salaam.

Ms Lema said child labour, including exploitive labour and harmful labour, was common in small-scale mines, while children ought to be well-groomed and cared for to be able to grow into maturity and be responsible adults and law-abiding citizens.

“Child labour includes domestic work like selling charcoal and mining activities to earn money for food, school fees and supporting the family. In small-scale mining, where there is inadequate occupational safety, as miners lack requisite mining technology, skills and protective gear, children are always at a distinct disadvantage,” explained Ms Lema as she called on the media to keep reporting on the plight of children working in mines.

As a response to prevent child labour in small-scale mines, Envirocare advocates a twofold-strategy. In relation to child labour prevention, the non-governmental and non profit organisations raises public awareness of the Law of the Child Act (R.E 2019) on the rights and duties of the child, appeals to the responsible authorities to put in place by-laws that protect children in hazardous small-scale mines and pushes for the reintroduction of children’s councils in primary and secondary schools and sensitises communities on children’s health risks in hazardous small-scale mines.

Envirocare utilised meetings with local government leaders and representatives of women miners’ groups, organised a national workshop and the media to sensitise communities on children’s rights and parental duty to raise children in an enabling and safe environment, including distributing leaflets written in Kiswahili, which highlight children’s rights and welfare in mines.

“By the end of our project in July 2020, we were able to see a difference from the time we started it in August 2019. We have played a positive role in mitigating child labour and this has to be maintained lest the situation retrogresses,” Ms Ediltruda Michael, Envirocare Project Officer said.

Billionaires back UK miner to hunt for metals in Greenland

Chinese contractor to deposit Sh31m in tiff over mining site