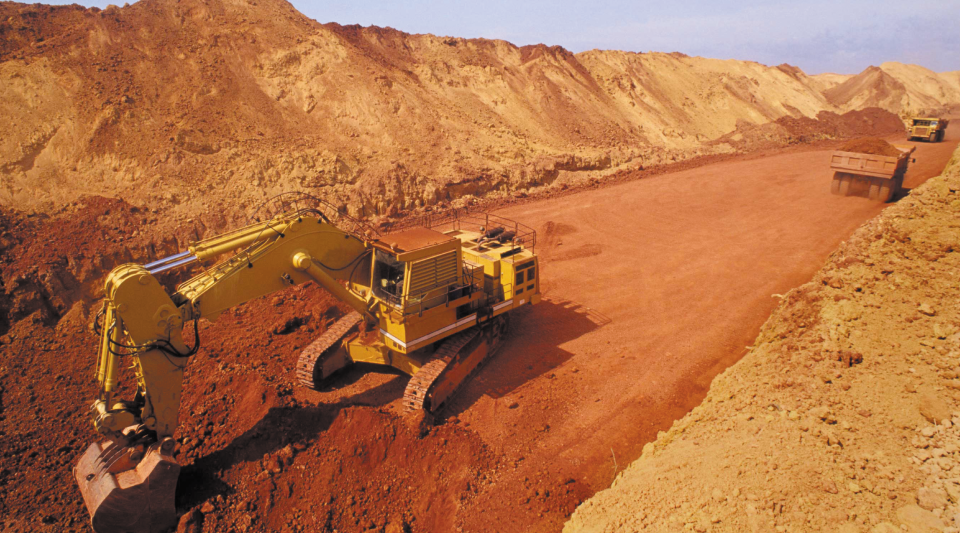 Huge iron ore and bauxite reserves have long been identified in Cameroon but the lack of transport capacity has held up development. However, high international prices finally look like driving some projects over the development line. Ore will initially be exported from Canyon Resources’ Minim Martap mine via the existing railway that runs within 50km of the mine 800km to the Port of Douala but the weight of the wagons to be used requires parts of the line to be upgraded.

However, an engineering assessment of the railway by operator Camrail, which is owned by Bolloré Africa Logistics, has revealed that its 90 existing concrete bridges will not have to be upgraded.

Australian firm Canyon will develop the mine with its partner Zhongye Changtian International Engineering Corporation (MCC-CIE). Canyon’s Managing Director, Phillip Gallagher, commented: “Executing the MoU with MCC-CIE is a testament to the sound relationship Canyon and MCC-CIE have established in a relatively short space of time, and MCC-CIE will introduce real options for project financing and off-take. It is a great benefit to Canyon to have a strategic partner with extensive experience in building and operating mining projects in Africa.”

The final terms of the agreement are now being negotiated with the government.

Camrail will carry up to 5m tons/year to Douala in Phase 1, possibly as early as late 2023, but in the long run Canyon wants to switch to using the much deeper new port of Kribi further south, which was originally built to handle oil exports from the Chad-Cameroon oil pipeline and can handle far bigger ore carriers.

The investors will be able to make use of much of the same railway but a new line will have to be built branching off the main railway to Kribi. If the investors themselves are required to finance that project, they will be able to utilise the revenues they earn from the Phase 1 exports from Douala.

In December, Canyon finalised its agreement with the Ministry of Mines but it does not appear that the final deal will be published until it is officially signed early this year. Canyon’s Managing Director Phillip Gallagher said: “Having completed this important step with the state of Cameroon, the Company can now enter into binding rail and port agreements as well as advance project financing and strategic partner discussions.”

However, another mine project has been held up by a change of ownership. Fellow Australian firm AustSino had signed agreements to jointly develop its Mbalam iron ore reserves in Cameroon with its Nabeba deposit over the border in Congo-Brazzaville, as well as the associated 510km railway and new export port terminal.

However, Brazzaville withddrew the concession last year, along with those held by British firm Avima Iron Ore and Equatorial Resources of Australia. All three concessions have now been transferred to Hong Kong-registered Bestway Finance. It has been reported that iron ore from all three Congolese projects could now been shipped out of Kribi, although legal action on the loss of the concessions is ongoing. The future of the Mbalam project on the Cameroonian side of the border remains uncertain.

While rail development has attracted most international attention, wider economic development will require the road network to be greatly upgraded. According to the latest figures from the Ministry of Public Works, dirt roads still make up 92.5% of the 122,000km network, with just 9,000km paved.

In a statement, the Ministry said: “The dirt road network has the highest impact on the population’s daily routine and their living standards are much dependent on the service they can have access to through those roads.”

Aside from surfacing roads, upgrades require the provision of drainage and other engineering infrastructure to extend their lifespan, as well as systems to provide regular maintenance, so overhauling the network will not be a quick process.

At least 18 killed in gold mine collapse in Guinea