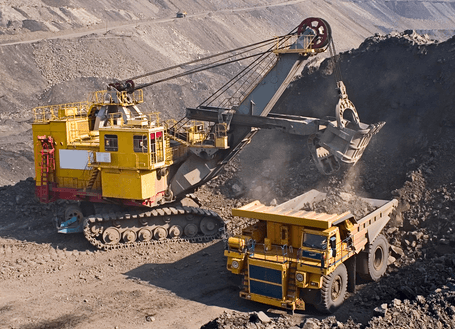 The Ghana Chamber of Mines is funding a study on the positioning of Ghana as the hub of mining support services in West Africa.

In this direction, the Chamber has commenced a process to select a suitable
consultant for the study.

Mr Eric Asubonteng, President of the Chamber, who announced this at a meeting with Parliament’s Mines and Energy Committee, said now was the time for Ghana to take its position to become a mining support services hub.

Ghana is currently the leading gold producer on the continent, accounting for about a third of total gold production.

He said the growth in mineral production in the sub-region provided Ghana with the advantage to become the hub of mining support services in West Africa.

On building linkages, Mr Asubonteng said the Chamber recognized that the commercial relationships between the mining and non-mining sector had not been adequately
researched.

As a result, the country has not been able to optimize the value inherent in the supply chain of the minerals sector, he said.

To bridge this knowledge deficit, the Chamber has engaged the services of the University of Mines and Technology (UMaT) to undertake a study on the linkages between the minerals and non-mining sectors.

On the dangers of illegal mining and insecurity, Mr Asubonteng said the Chamber was working with the police administration to deploy elite police personnel to the mines.

However, he said the recent disturbances at the mines and their environs were making the
investor community nervous, especially with seeming lack of consequence for the perpetrators

He appealed to the Committee to look into these matters to help nip such issues in the bud.

On exploration, Mr Asubonteng said since Ghana was overtaken by Mali as the largest recipient of exploration funds in 2018, it has further been passed by Burkina Faso and Cote d’Ivoire.

He said relative to its peers in the sub-region, Ghana has a higher cost of holding land for exploration purposes.

“Land holding cost for exploration firms in Ghana is about twice and thrice the equivalent rate in Burkina Faso and Cote d’Ivoire,” he said.

Exploration, he said, is the most critical activity that guarantees continuous production of minerals as it provides a pipeline of new projects and reserves to replace depleted ore bodies

“It is generally a high-risk activity without inflows of revenue and therefore relatively expensive, which is worsened by the imposition of VAT on services consumed by such firms.

He proposed the exemption of exploration companies from the payment of VAT to reduce the risk and cost of the activity.

The Chamber is also working to deepen Local Content in line with its objective of leveraging the activities of its members to spawn the development of local manufacturing firms and industrial capacity.

In this direction, the Chamber is partnering with Ghana Standards Authority to improve the quality of locally produced goods and development of standards, and the provision of market data on inputs consumed by member companies on the Chamber’s local content portal and to prospective firms

It is also assisting prospective firms with Letters of Intent to raise funding from lenders and liaising with the Ghana Association of Bankers to develop tailored financial products for vendors in the mining sector.

Mr Asubonteng said the chamber had been encouraged by its interaction with the committee and looked forward to continuous engagement.

Mr Atta Akyea, Chairman of the Mines and Energy Committee, called for the deepening of the relationship between the Chamber and the Committee for the benefit of the country.

BEKA Schréder has supplied the LED lighting solution for the Shell service station located on the busy Bottelary Road just off the R300 in Brackenfell, Cape Town.