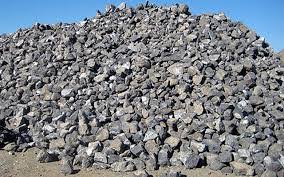 ZIMBABWE is pushing to transform its mining industry into a US$12 billion sector by 2023.

There is an interesting mix of minerals on which this target is being projected, including chrome.

But, for Norton Miners’ Association chairperson and small-scale miner Privelage Moyo, the vision might be hard to achieve.

There are a plethora of challenges facing the chrome mining subsector, Moyo told Standardbusiness last week.

When he joined chrome mining two years ago, he expected his new venture to be a stroll in the park.

But he soon found the going tough.

He says he found himself in a sector that was drowning in challenges like lack of government support, predatory buying and low prices.

In addition, the sector did not have a value addition and beneficiation policy.

Chrome miners have also been affected by lack of weighbridges, mining equipment and under-capitalisation.

These challenges have dampened the spirits of many miners like Moyo, and some of them have shifted to gold and gemstones mining.

“Government needs to put a taskforce together to only focus on the mining of chrome.

“Its focus will be on production, pricing and marketing.

“I am aware of the existence of the Minerals Marketing Corporation of Zimbabwe (MMCZ), but I am sure they need to rise to the occasion,” he said.

Chrome miners are at the mercy of buyers and smelters, and they are calling for constant updates on pricing to help them plan.

“Knowledge of markets is crucial to miners as it gives them local or foreign options,” he said.

Moyo said if local markets and depots are created close to miners they would be happy to deliver their ore, or allow buyers to come to inspect their output.

He said for now, buyers were hunting for chrome, which they purchase at low cost from miners.

He said the government should establish chrome markets like what has happened in diamonds.

“If the above issues are not addressed, the US$12 billion target will remain a pipedream. We need to focus on the ease of doing business in mining because bureaucracy is affecting business,” Moyo said.

“Government needs to commit and grow an industry one at a time.

“If they want earnings in mining, then more focus must be deployed until it starts bearing results, then move to the next.

“Zimbabweans are ready for economic growth, but the government is not.

“Mining titles are not easy to get. The (Mines) ministry has manpower and mobility challenges.”

Moyo said if the government wanted to know what could derail the US$12 billion target, authorities must visit provincial mining offices to see backlogs of applications for several permits that have not been processed.

The global reserve is estimated at about 7,5 billion tonnes.

“We don’t have access to modern machinery. “Most rich claims are held by very big companies, but they are mostly lying idle.

“Some companies hold the rich claims for speculative purposes,” he said.

“That’s why you find sometimes miners end up loading trucks manually by hand.

The miners have also been affected by lack of electricity, which affects important works like de-watering shafts.

An alternative would be to use diesel-powered generators, but this is more expensive.

Preferential treatment given to Chinese investors in chrome mining, as well as the presence of too many middlemen, is worrying small-scale miners.

Moyo said lack of an open market was also another challenge.

“This does bring the entire mining effort to zero as buyers will be offering very low prices disregarding production costs,” he said.

“China is an ideal market but due to self-funding, the miner cannot afford to wait for a long period to be paid, hence they are forced to sell to predators.

“Government must also put weighbridges along the Great Dyke and railway sidings.

“We have been selling chrome using estimates for tonnage because in our area (Mataga or Ngungubane railway siding) there are no weighbridges.

“Big companies must be forced to either give five-year tributary agreements to small-scale miners or complete ceding of claims to locals.

“In our case as Rhonda Miners Association, we can improve production greatly if we get access to lines of credit.

“We can play our part in achieving the goal if we get enough capacitation.”

A chrome miner, Rumbidzai Vutete, said the government should come up with a chrome policy.

“It appears we still have no traction regarding our chrome policy,” Vutete.

“We need it to enable us to address all our issues.”

Martin Chitohwa, a researcher, opines that for Zimbabwe’s chrome sector to achieve sustainable growth, the government should stop heavy reliance on a single market and end the monopoly of MMCZ.

MMCZ, a government agency, is charged with supervising the sale of all minerals produced in the country except gold and silver.

Chitohwa said most problems faced by chrome miners would not be solved if Zimbabwe continued with its reliance on a single market.

Zimbabwe sells its chrome to China.

“As long as MMCZ remains restricted, predatory pricing by buyers who only sell to the single market will continue to take advantage of the situation,” he wrote.

“Buyers from other markets are available and more can be made available if there is a policy change that can allow MMCZ to be circumvented. This policy change can be temporary to allow capital built-up by local producers since proceeds will be repatriated back into Zimbabwe,” he opined.

He said a committee could be put in place to work closely with the funders and local banks.

“As a committee, we want to see increased production. Currently, we are working on the national budget and last year we prioritised human and material resourcing,” he said.

This year the country projects to produce 1,2 million tonnes of chrome.

Mining in Africa and beyond: Tracking the great gold rush