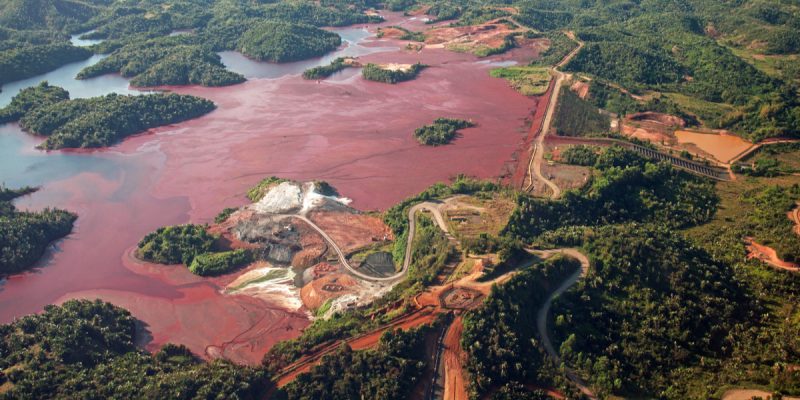 In the Sangha region of northern Congo Brazzaville, the illegal exploitation of gold and titanium causes pollution, deforestation and the destruction of biodiversity. Local residents express their distress in an investigation report published in April 2020 by Congolese journalist Marien Nzikou-Massala.

The Sangha region, in the north of the Republic of Congo, has been the scene of environmental crimes caused by semi-industrial mining for the past decade. This exploitation, based on the excessive use of mercury to extract gold more easily, is resulting in increasing losses of forest cover, degradation of waterways and destruction of biodiversity. These environmental impacts were recorded in a text report with photos and published on April 14, 2020 by Marien Nzikou-Massala, a Congolese journalist specializing in environmental issues.

“We no longer have streams to draw water from for drinking. These Chinese companies use mercury for gold mining and no measures have been taken for the survival of the inhabitants of our villages. The communities are forced to travel five to six kilometres through the forest to get water to drink,” says an outraged Michel Dogom, chief of the village of Zoulabouth. Traditional authorities say that more than a dozen Chinese companies operate in this village of about 2,000 souls. They are victims of land grabbing and the destruction of ancestral heritage sites, where fruit trees (mango trees, avocado trees…) used to grow.

Non-compliance with article 50 of the mining code

For the indigenous people of the Sangha, non-compliance with the mining code is at the root of environmental disasters in their region. Article 50, paragraph 11, of the said code makes all mining activities subject to the prior establishment of “(…) an environmental impact study including an environmental protection programme and a site rehabilitation plan”.

Nevertheless, in November 2016, the Congolese Ministry of Mines suspended all semi-industrial mining permits in the country for “non-declaration of production and destruction of the environment”. The Congolese civil society described this measure as a flashy one. “The ban is just a means of improving the country’s image vis-à-vis the international community,” said Bertrand Niamazok, a member of the Congolese Observatory for Human Rights (OCDH), who had noticed the continuation on the ground of these same illegal mining practices.

In a video published in November 2018, the OCDH had already drawn the government’s attention to the environmental damage caused by mining in northern Congo. “The companies pour fuel into the river that runs through Souanké, these products dry up the river, which is now almost non-existent, there is no fish left. It’s an ecological disaster”.

According to a study published on July 25, 2019 by the Congolese forest monitoring platform, the Central African country lost more than 30,000 hectares of its forest cover between 2014 and 2016. This represents an annual loss of 15,000 hectares. This deforestation is mainly attributed to the rush by Chinese mining companies.

Metso Outotec launches compact crusher for above and underground applications