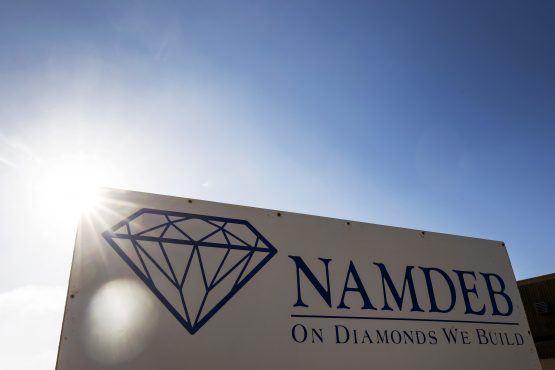 Mining in Namibia was not disrupted by the global coronavirus pandemic in the first quarter, as the country only went into partial lockdown on March 27, although De Beers Group cancelled a sales event owing to the lockdown.

Before the outbreak of the virus, which has so far infected 16 people in the sparsely populated African nation, diamond mining was touted as one of the drivers of the expected economic recovery.

Bracing for a contraction

Namdeb, a joint venture between the Namibian government and De Beers Group, produced 511 000 carats in the first quarter, 28 000 carats more than the same three months of 2019, Anglo American’s latest figures show, and a 12% increase on the previous quarter.

De Beers, which also owns diamond mines in Botswana, South Africa and Canada, produced 7.75 million carats in total in the first quarter of 2020, down 1% year on year, the data showed.

The bulk of Namdeb Holdings’ first quarter production came from Debmarine Namibia, its sea mining operation, which delivered 417 000 carats in January-March, up 15% year on year and quarter on quarter.

Anglo American expects a tough year for diamonds in its latest production report.

“In response to the impact of Covid-19 on mining operations … production guidance has been revised to 25-27 million carats (from 32-34 million carats), subject to the timing and scale of the recovery in trading conditions,” Anglo said.

Goldplat continues to benefit from the higher gold spot price