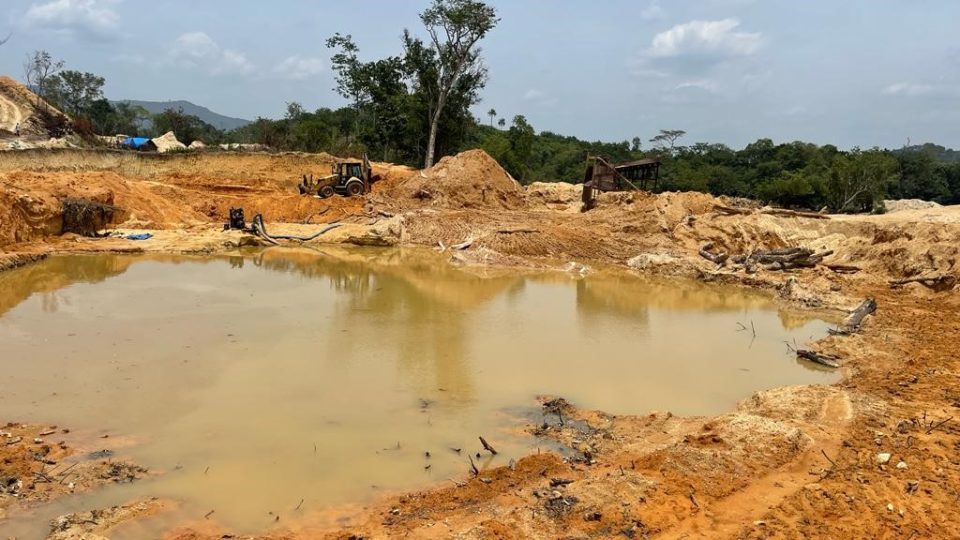 There is no gainsaying that mining, especially for minerals is playing an important role in Sierra Leone’s economic development thereby significantly helping to raise and preserve people’s living standards in the country. There is also no contradictory fact that where these mining activities take place, the land is usually cleared of all its vegetation, the landscape drastically altered, and the ecosystem often totally disrupted.

For instance, in many places in the provinces, the mine sites have been abandoned in highly disturbed conditions with limited or no rehabilitation. This must not be left unattended and henceforward, in partnership with other institutions, the Environmental Protection Agency of Sierra Leone (EPA-SL) is playing a crucial and leading role in managing mine rehabilitation and closure bonds for small and large-scale mining companies operating in the country.

Already the EPA-SL had, in September 2022, completed hosting a cross-section of representatives drawn from the Large-scale Mining Sector, the Insurance companies, and the Banking Sector at the Radisson Blu Hotel in Freetown to build and strengthen partnerships with the private sector for sound environmental management in Sierra Leone. A similar engagement was conducted in Bo District for representatives of small and large-scale mining companies in the regions.

The main objectives of operationalizing the Mined Rehabilitation and Closure Bond are to serve as a means of identifying and managing rehabilitation problems of small- and large-scale mining operations in Sierra Leone; to be used as means of assessing environmental performance and ensuring that companies do not abandon mined land in a degraded state, and to provide a mechanism for detailed rehabilitation planning and monitoring rehabilitation progress and success. The meetings held in Bo and Freetown created platforms for dialogue for the establishment and the rollout of the Mine Rehabilitation and Closure Bonds for small and large-scale mining companies in the country in line with environmental norms, standards, and regulations.

During the meeting in Freetown, the EPASL’s Assistant Director for Compliance and Enforcement, Tamba Sangba Esq gave an overview of the financial security instruments while the agency’s Deputy Director for the Natural Resources Management Department, Paul A. Lamin reflected on the key outputs of the previous stakeholder’s meeting held in Bo.

The Executive Chairman of the Environmental Protection Agency, Dr. Bondi Gevao gave the keynote addresses during the meetings held in Bo and Raddison Blu Hotel in Freetown. In each of the meetings, the Executive Chairman informed and emphasized to the participants that the EPA-SL for the first time is introducing the mine rehabilitation and closure bond process in the country with the primary aim to promote and enhance responsible and sustainable mining practices across the country to benefit the present and future generations. Dr. Gevao further underlined that the main goal of the mine rehabilitation and closure bond is not to scare away the mining investors out of the country but to work with them side by side in ensuring that the environment of Sierra Leone is rehabilitated after the mining process.

During the meetings held in Bo and Freetown, the representatives from these small and large-scale mining companies extensively discussed the guiding document and the way forward for sustainable mining practices before adopting the surety instrument for a roll-out and implementation of the mine rehabilitation and closure bond process which is expected to start with immediate effect. So far, the EPASL had prepared the terms of reference for an independent consultant to verify the data provided in the closure plan and the estimated cost of the bond.

It is hard to administer a single bond system for all stages of mining projects because this would add bias and may hinder the bond system’s implementation. As a result, the EPASL thought it wise and inform that the bond will be administered in various ways depending on the project category, for example, exploration projects and new projects that will utilize the first two years for construction and assembling of equipment and installations, and existing mines with legacy issues.

It is expected that at the start of the mining process, the mine rehabilitation and closure plan should be prepared alongside the Environmental Impact Assessment and submitted as part of the documents for the EPASL’s board approval of the EIA license. During the operational phase of the company, the mine rehabilitation and closure plans should be completed well before the active life of the mine has ended. Such plans should be updated as required to reflect changes in environmental conditions and mining operations. The Environmental closure activities include decommissioning the mine or processing facilities, dismantling and removing redundant infrastructure and fixtures, and rehabilitating the site to a safe and environmentally and socially acceptable end condition such as it was before any mining activity was started.

According to the plan, financial assurances must cover the operator’s cost of reclamation and closure as well as redress any impacts that a mining operation causes to wildlife, soil, and water quality. Tamba Samgba Esq noted that closure costs will have to be estimated, considering several factors and that there will be no fixed amount charged to all companies, as the environmental footprint for different mining projects is likely to be different from one company to another. Therefore, careful consideration will be taken in calculating the rehabilitation and closure costs for the various projects.

In addition, the EPASL will hire an independent expert valuator to assess and evaluate the rehabilitation burden and liabilities taking into cognizance the cost. This will also be done in conjunction with representatives of the EPASL and the mining company that applied for the mine closure and rehabilitation plan. The final amount of the financial surety is subject to consultation with the proponent but will reflect the actual cost of the proposed rehabilitation to be done. Under this process, the financial surety will also include some percentage for project management, contingency costs, and monitoring.

Conclusively, the mine rehabilitation and closure bond system for the small and large-scale mining companies operating in Sierra Leone is now being rolled out by the Environmental Protection Agency of Sierra Leone. It is a framework that sets to robustly enhance land reclamation and protection in the country and for this reason, the EPASL calls on all Sierra Leoneans including mining investors, policymakers, and traditional and community leaders among others to ensure that this plan is successfully implemented to protect our environment for a safer and better Sierra Leone for the benefit of all.