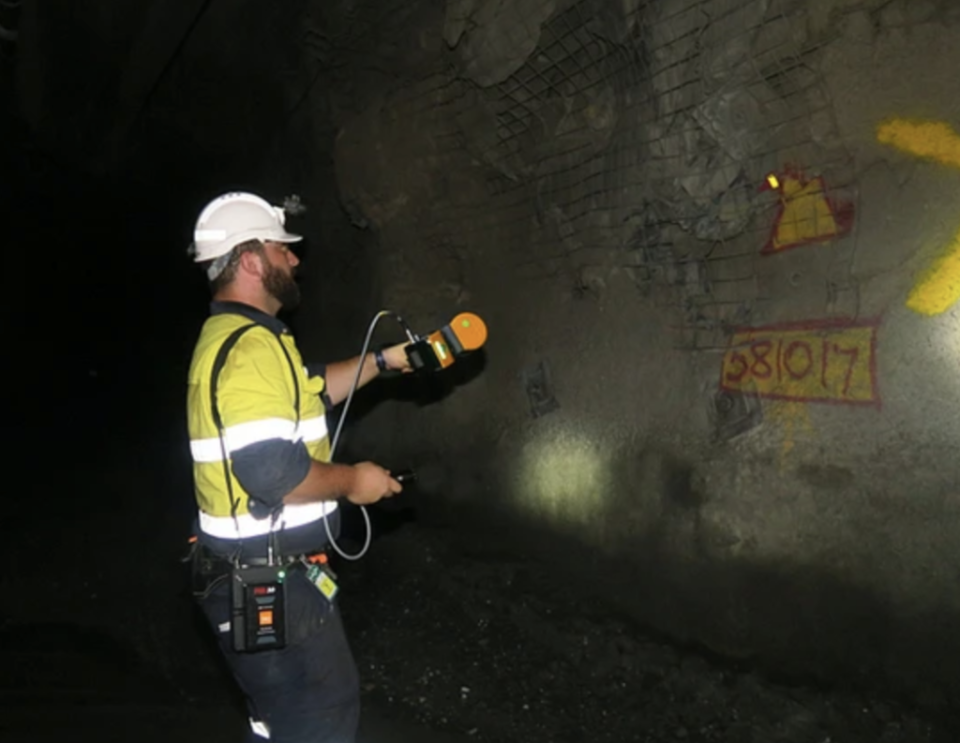 The mining industry in South Africa contributes R350 billion to the economy annually, with an estimated R35 trillion of resources left to mine. Mining companies in Africa and across the globe are continually reviewing their ways of working and best practices for mining safely, efficiently, and sustainably.

Barberton Mines has been operational for 130 years and is located in Mpumalanga, South Africa. Consisting of several mines, including Fairview, Sheba, and New Consort, they produce ± 80,000 oz of gold annually. In recent years, Barberton Mines has evaluated new technologies to make its mining processes fast, safe, and cost-effective.

One of the ways in which Barberton Mines investigated new technologies, was by finding ways to improve their survey workflows. They adopted static-based LiDAR solutions to produce accurate 3D models and became one of the first users of handheld SLAM solutions in 2014.

While static-based scanners are highly accurate, the survey team at Barberton Mines needed a quick and versatile solution.

The goal was simple; to accurately and safely capture data daily for ongoing analysis of the mining production. In addition, they needed a solution that could easily handle the rugged terrain and environment that mines are so often known for.

Barberton Mines chose to reassess their underground mapping technology to improve the speed and accuracy of their survey operations and increase productivity in the mines.

How GeoSLAM fits in at Barberton mines

Barberton Mines was the first mine in Sub-Saharan Africa to use GeoSLAM technology when they purchased a ZEB1 in 2014. The results and continued success of the system in the mine prompted them to invest in 4 ZEB Revo’s in 2019, which are still in use today.

The ZEB Revo is lightweight and accurate, making it the perfect tool for surveying. The survey team can complete scans of the mines in half the time, and the process is repeatable. These capabilities have contributed to Barberton Mines streamlining their workflows, long-term cost savings, and greater returns on investment.

The scanner’s ease-of-use only requires one person on-site to capture data. Furthermore, it doesn’t require professional training to use the equipment so operators can capture data in parts of the mine that surveyors cannot access for safety reasons. This casts a virtual eye on areas of the mine previously unseen by the surveyors and creates an opportunity to review old tunnels.

Finally, the lack of extensive training required to learn how to operate the scanner benefits new employees and the mine in general. It takes less than an hour to learn how to use the equipment and to process the final point cloud data, allowing Surveyors to spend more time assessing final deliverables and finding ways to improve efficiencies in the mining process.

Having originally invested in handheld scanners for mapping production underground, Barberton Mines have since realized that they can use the scanners for other solutions, further increasing their return on investment. The scanners are now in operation and looking at 3 key aspects of Barberton’s mining process.

The original and most common use for scanning is Production Progress Mapping. Barberton Mines completes daily scans of the mines, bringing the data back for regular analysis of production progress mapping.

The scanned areas are approximately 300 m3 and using GeoSLAM technology, they can scan large areas in about 10-15 minutes. In addition, because the scanners are handheld, production at the mine isn’t compromised by having to stop miners from doing their jobs while scanning is in process.

Using the ZEBs, surveyors no longer need to be underground for extended periods, unlike previous methods. They begin their scans in a safe area, proceed to the mining faces, and finish back in the safe area while capturing the data needed – a completely repeatable and efficient process.

Barberton Mines has 5-6 stockpiles that make up 4000 cubic tons of material. They frequently measure the volume of these stockpiles, to ensure they have accurate and up-to-date information on their resources.

Simply walking around the stockpiles with a scanner and importing the data into 3rd party software, provides the survey team with all the information they need to produce required reports.

One example of where scanning has improved health and safety is the mapping of transport shafts. To comply with safety regulations, surveyors frequently scan the shafts to look for rock movement or deformation that might require further investigation.

They found that scanning tunnels from the chairlift with a handheld scanner was quicker than previously used conventional methods, like Terrestrial Laser Scanning (TL)S or by hand. Handheld scanners only require the operator to ride the chairlift down- and back up again, without interfering with production.

The scanners are frequently used in these applications and their robust nature means they have never needed repair or maintenance.

The scanners are in use with the above solutions on a very frequent basis, but their robust nature means they have never needed repairing.

“GeoSLAMs scanners have exceeded our expectations and have helped to achieve our goals where other mapping methods could not.” Thys Smith, Chief Surveyor at Barberton Mines

Fast, efficient, and accurate data capture from GeoSLAMs handheld LiDAR scanners have proven to be a huge benefit for Barberton Mines. The repeatability of the scans has provided a great return on investment and the durability has meant that despite being used in challenging environments, the scanners have endured. The increased speed of data capture has led to more optimal work practices for the surveyors, and the walk-and-scan method has resulted in no disruption to the daily work of the mines.

With the scanner’s versatility, the survey team is still finding new applications where the technology can be utilized in the mining environment.