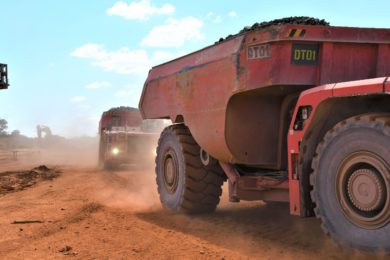 At the Kamoa-Kakula Project in the Democratic Republic of Congo (DRC), the first phase of development at the Kakula Copper Mine is in many respects exceeding the published plans, says 39.6% owner and operator Ivanhoe Mines (Zijin Mining also has 39.6%). Crews now are mining and stockpiling development ore with an average grade greater than 8% copper. Almost all the underground development is in ore and, as a result, each blast in Kakula’s high-grade mining zone produces approximately 550 t of ore, which is transported to a dedicated, high-grade pre-production surface stockpile. Kakula’s high-grade ore stockpile is expected to total approximately 1.5 Mt prior to the start of initial production.

In parallel with the construction of Kamoa-Kakula’s phase 1 Kakula Mine, the independent Kakula definitive feasibility study (DFS) and an updated Integrated Development Plan for the entire Kamoa-Kakula mining complex also remain on schedule for Q3 2020. The Kakula DFS will provide a high level of accuracy for the project economics for Kakula’s initial phase of mine development, as most construction contracts and orders for significant capital items have been placed at fixed prices. The Integrated Development Plan will include details on the planned expansion phases for the greater Kamoa-Kakula mining complex; incorporating updates for mineral resources, production rates and economic analysis.