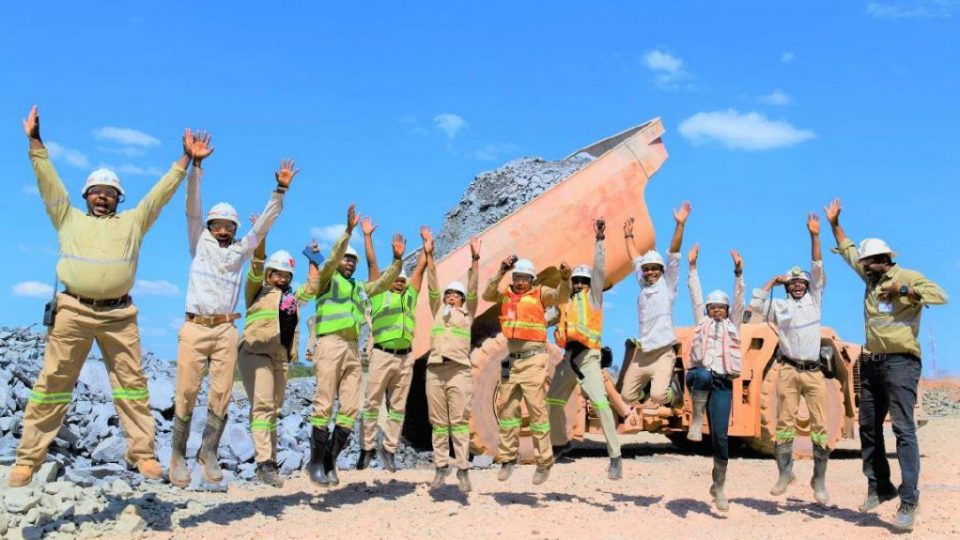 Ivanhoe Mines has now completed 13.5 km of underground development at the Kakula copper mine, in the Democratic Republic of Congo (DRC).

The company is 4.2 km ahead of plan on the mine’s development.

The development partner on the project is Citic Metal Group, led by president Yufeng Sun. Sun and Ivanhoe chairperson Robert Friedland say the mining team is on track to set a new monthly development record of 1.7 km of advancement, which is 562 m ahead of plan for the month.

About 29.5 km is scheduled for development for the remainder of this year and 2021.

Crews are now mining and stockpiling development ore with an average grade greater than 8% copper.

Kakula’s high-grade ore stockpile is expected to produce about 1.5-million tonnes prior to the start of initial production.

COST-SAVING PLANS
“While Ivanhoe is in a strong financial position going into this period of global uncertainty, with cash and cash equivalents of $603-million at the end of March and no significant debt, Ivanhoe also has several cost-reduction initiatives to generate cash savings of up to $75-million through 2021.

“The savings will be generated through reducing discretionary spending at the company’s projects, lowering general and administrative costs and corporate overheads, voluntary salary reductions for senior management and deferral of certain exploration activities previously planned for 2020,” says Friedland.

Ivanhoe’s senior management has accepted a voluntary salary reduction of up to 35% for a period of six months and the company has suspended all short-term incentive award payments for this year to align itself with the short- and long-term interests of all its shareholders and stakeholders.

Ivanhoe has also completed a review of its organisational structure. The company will reduce its global office footprint and its corporate and senior management headcount. As a result, Toronto-based executive vice-chairperson Egizio Bianchini will relinquish his executive role but remain vice-chairperson.

Ivanhoe’s head office will remain in South Africa and be supported by satellite offices in Beijing and London.

To further strengthen Ivanhoe’s executive team, Pierre Joubert has been promoted to executive VP of technical services and will join Ivanhoe’s executive committee. Joubert, who was GM of Kipushi Corporation, is a qualified mining engineer and has had progressively senior responsibilities in the South African operations of Johannesburg-based Anglo American Platinum, African Rainbow Minerals and with Ivanhoe Mines.

Meanwhile, work on the company’s Platreef palladium/platinum/nickel/copper/gold/rhodium project, in South Africa, remains halted amid a lockdown in the country. A reduced 2020 budget of $41.7-million has been approved for the project.

Activities at the Kipushi zinc/copper/lead/germanium mine, in the DRC, have also been reduced to some extent and the 2020 budget adjusted to $28.7-million.

Ivanhoe and JMMC making rapid progress at Kamoa-Kakula in DRC